Key differences in the Pattern Recognition Receptor (PRR) NLRP3 lead to dampened inflammatory responses of bats to various pathogens without significantly changing viral loads. Evolutionary adaptations have dampened the response of NLRP3, possibly to prevent detection of by-products from the stress of flight, which increases viral tolerance.

Bats are amazing creatures. More than just their ability to fly, they have unique biological features separating them from all other mammal groups. One aspect of their biology is their tolerance of infection to potentially deadly viruses. They have no clinical signs of disease or obvious inflammation from both natural and experimental infection. Despite elevated metabolic rates, they also exhibit long-lifespans yet what makes them ‘special’ is still largely unknown. One important Pattern Recognition Receptor known to play a role in bacterial and viral infections and age-related inflammation is NLRP3, playing a key role in the NLRP3 inflammasome.  The Inflammasome is a multi-protein intra-cellular complex that detects pathogenic microorganisms and sterile stressors, and that activates the highly pro-inflammatory cytokines interleukin-1β (IL-1β) and IL-18. The inflammasome is a rapidly progressing area of research and seems to be a trigger driving the switch from innate immune response to a full-blown systemic inflammation. It seemed logical that investigating how the inflammasome functions was a first step in examining the immune system of bats.

We started by treating bat cells with typical stimuli of NLRP3 and did not see any cell death. Earlier work comparing two bat genomes to other mammals hinted that the protein had different evolutionary pressure in bats. Of course, from here things got difficult. Working on bats is not easy, no bat-specific commercial reagents are available, and a lot of tools had to be developed from scratch. We developed custom antibodies, proteins and ELISAs, characterized cross-reactive antibodies and developed techniques/protocols for isolating and working with primary bat immune cells. As it’s a true wildlife animal we minimized affecting natural populations by collecting damaged bats from carers, ones that could not be rehabilitated and were scheduled for euthanasia. Using genetic evidence, we identified unique isoforms in bat that did not appear in other species. Activity of all isoforms was reduced, relative to human NLRP3 and we managed to validate this in multiple systems including human/bat cell lines and reconstituted mouse macrophages deficient in NLRP3. It’s important to emphasize that we’ve shown this with divergent species of bats also, suggesting a unified/central mechanism for bats, despite an abundance of species.
There are key differences in NLRP3 priming also, showing it is not up-regulated as much, along with a dampened functionality, hinting that naturally it is very hard to activate. We used targeted proteomics with labelled peptides to confirm our unbiased proteomic methods and show no significant activation of IL-1β.

We then examined the impact of dampened NLRP3 during viral infections. Using different types of viruses to stimulate NLRP3, we show that MERS-CoV, Influenza A virus and Melaka virus (PRV3M) can replicate pretty much the same in bat primary immune cells compared to human/mouse counterparts. However, the inflammatory response is markedly dampened. This suggests an enhanced tolerance of viruses rather than an enhanced antiviral immunity, which fits well with the “special” viral reservoir status of bats. It’s interesting now to ponder how other biological pathways are impacted by this dampened activation. New studies are highlighting the role of NLRP3 inflammasome in cancer development, cardiovascular diseases, diabetes, multiple autoimmune/autoinflammatory disorders and aging. Considering no autoimmune or age-related disorders have been recorded in bats, the only documented cancers have been confirmed gammaherpesvirus positive and that bats exhibit longevity for their body size, our latest finding on the dampened NLRP3-mediated inflammation may offer a broad avenue for further research. With establishment of more tools and reagents, further immunological studies will shed light on the underlying mechanisms of anti-viral defense and anti-aging in bats. 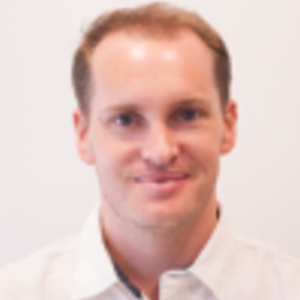