Vertical transmission of viruses in the insect vector population is a critical maintenance mechanism during adverse conditions for viral horizontal transmission.

The virus disease caused by rice gall dwarf virus (RGDV) is always epidemic in the Southern China over the past 30 years1, so the persistence of virus during overwintering seasons unfavorable for viral horizontal transmission in the field is critical. We began to do the field investigation on this virus and its leafhopper vector Recilia dorsalis in 2012, and this survey has been conducted every 2 or 3 months each year up to now. The phenomenon of the lack of host plants for RGDV and the high viruliferous rate (~20%) of leafhoppers in the field during overwinter months (November to March) in Southern China attracted our attention. The survey results suggest a pivotal role of viral vertical transmission in vector R. dorsalis, a main RGDV reservoir in the field during overwintering seasons.

Having that in mind, we continued to dissect the mechanism for paternal transmission of RGDV by hitchhiking with the sperm and found that the virus-sperm binding was mediated by the specific interaction of viral capsid protein and heparan sulfate proteoglycan on the surface of sperm heads.

This blog was written by Qianzhuo Mao, Ph.D. 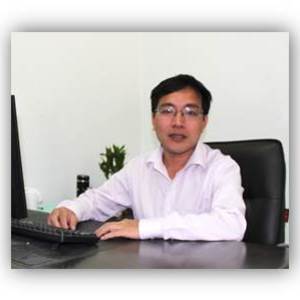