Expanding anaerobic alkane metabolism in the domain of Archaea

The expanding of archaea involved in alkane metabolism at a sequencing era.

Anaerobic methane metabolism including methanogenesis and methane oxidation is a crucial process in the Earth’s carbon cycling and of great importance in global climate regulation. There has been a big research interest on methane metabolizing microbes in my group at Shanghai Jiao Tong University. We started to study microbes involved in methane transformation in South China Sea (SCS) since 2013 when I got a research project within a Big Research Initiative “South China Sea Deep” funded by National Natural Science Foundation of China (NSFC). We collected sediment samples from cold seeps and gas hydrate areas at northern slope of South China Sea, we identified archaea involved in methane metabolization [1], and metagenomes were constructed to reveal the metabolic pathways and potentials of related archaea. We started from analysing SCS microbes, then we kept wondering how widespread these methane metabolizing archaea? What controls their distribution and evolution? Thanks to the vast accelerating metagenome sequencing projects, we now could access to many metagenome data from a variety of different environments globally.

Anaerobic methane metabolism is solely conducted by Archaea, through a unique pathway with the key enzyme methyl-coenzyme M reductase (MCR) for methane activation/production. Recently, the MCR-based pathway was also found in propane and n-butane oxidation and related genes were also found actively expressed in natural environment [2,3]. In this study, we then made a global metagenome-based survey of mcr containing archaeal genomes. Short chain alkane metabolizing archaea were found present in various environments such as lakes, hot springs, marine environments. In addition to the Euryarchaeota and Bathyarchaeota, MAGs (metagenome assembled genomes) harbouring mcr genes were found belonging to diverse archaeal lineages including such as the Korarchaeota, Hadesarchaeota, Verstraetearchaeota, Nezhaarchaeota (a new archaeal group named in this study using the Chinese mythological character "Nezha", who flies on the wind and fire wheels), far more diversified than ever recognized.

Cartoon showing the expanding of archaea
involved in alkane metabolism at a sequencing era. A Chinese mythological
character "Nezha" who flies on the wind and fire wheels is shown, a
newly found archaeal group was given the name of this Chinese beknown mythical
figure---“Nezhaarchaeota”.

The finding of anaerobic alkane metabolism in diverse archaeal phyla further indicates it as the most ancient biochemical process in the Archaea domain and even one of the earliest life attributes. Intriguingly, this study also found that anaerobic methane oxidation with sulfate reduction may co-occur within a single cell, although these two processes have only been found conducted by different cells co-ordinately at modern marine environment. It remains elusive why these two processes need to be separated in different cells.

It needs to be pointed that the metabolic functions of the MAGs need further verification, essentially by strain enrichment and cultivation. The collaborating team at Shanghai and Bremen are setting their goals to bring these alkane metabolizing bugs to the laboratory for further investigation.

This paper can be found at https://rdcu.be/bpp6A 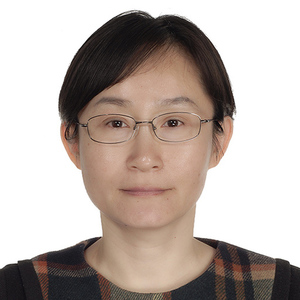 Meng Li
about 2 years ago