I have been investigating pathogenic streptococci including S. pneumoniae, with a primary focus on the role of streptococcal proteins in disease pathogenesis. As a Ph.D. student in Osaka, Japan, I attempted to detect novel virulence factors using bacterial protein domain information and molecular microbiological techniques. However, the method of analysis often did not produce good results, despite great amounts of effort and time. I questioned whether an effective method to detect important virulence factors could be found.

After finishing my Ph.D. work, I joined the lab of Prof. Victor Nizet as a post-doctoral scholar at UC San Diego. Dr. Nizet kindly gave me an opportunity to study in collaboration with other scientists with different backgrounds and extend my understanding of various biological phenomena. Some collaborative programs with Prof. Ajit Varki concerning host evolution and infection had great impact on me. Until that time, even though I understood that infectious diseases were caused by interactions between pathogens and the host, I did not fully realize that current infectious diseases were shaped by previous evolutionary arm races. When I came to understand that process more fully, it became the first hint to perform the present study.

After returning to Osaka as an assistant professor, I began some attempts at synergic analyses of bacteriology and molecular evolutionary biology. The second hint for this study was correlation analysis results showing that findings obtained in recent genome-wide association studies highlight the relationship of genetic variants and phenotypes. As a result, I was inspired to try a new approach to detect important factors for bacterial survival and gained some success. In infectious diseases, both the host defense system and pathogens give selective pressure to each other. Random genetic drift induces both synonymous and non-synonymous mutations with approximately equal probability. However, non-synonymous mutations in the essential region lead to selection of a bacterial strain. Thus, as a result of natural selection, synonymous substitutions are concentrated in important genes. Fortunately, the field of computational biology as well as other computational sciences have a culture of openness. I have been able to learn detailed analytical approaches available on the internet, and have also utilized special programs for phylogenetic and evolutionary analyses.

Evolutionary analysis is able to distinguish selective pressure on genes in a more clear manner than I expected. Further progress in DNA sequencing technology will accelerate accumulation of bacterial genome information. An increase in number of sequenced bacterial genomes enhances statistical power, thus allowing detection of important factors in smaller bacterial populations, such as limited serotype strains and samples isolated from a specific community. On the other hand, as described in the paper, evolutionary analysis has some important limitations. For example, diverse virulence factors within species cannot be identified and a molecule under relaxed selective pressure might function as a virulence factor in limited populations of a species. However, the results of this type of analysis when combined with those of a molecular microbiological approach are useful for detecting virulence factors. 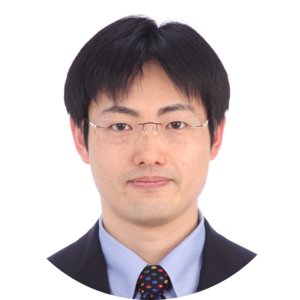