In 1977, Woese and Fox described for the first time the third domain of life: Archaea (Woese and Fox, 1977). Strikingly these organisms can live in extreme environments, such as solfataras, salt lakes, hot springs and soda lakes, to mention a few. These unique survival capacities make them key for understanding the nature of the biota of early Earth (Garibaldo & Brocher-Armanet, 2006).

Due to this relative recent discovery, knowledge on viruses infecting Archaea is just emerging. The study of unexplored environmental niches entails an adventurous element which, in our case, has been the organization of expeditions to harsh habitats ‘to fish’ new viruses while at meetings or visiting relatives in different places worldwide. Indeed, some of the authors of this study published in Nature Communications (Santos-Perez*, Charro* et al., 2019) sampled the waters of two solar salterns located more than 7,000 miles apart and from where the two studied viruses were isolated. Membrane-containing Holoarcula californiae icosahedral virus 1 (HCIV-1) was sampled by Dennis (Bamford) from the saltern of Samut Sakhon in Thailand while the membrane-containing Holoarcula hispanica icosahedral virus 2 (HHIV-2) from the saltern of Margherita di Savoia (Foggia) in Italy by Dennis and me (and other friends). These expeditions happened between 2007 and 2010 and a few years of microbiology research led to the identification of the host and virus and the establishing of the conditions for virus propagation and purification. Early biochemical and structural studies, however, highlighted an unexpected complexity in the arrangement of the proteins forming the capsid shell.

While the community had a grip on the understanding of the assembly pathway of large viruses with a double beta-barrel major capsid protein (MCP), the discovery of these archaeal viruses encoding for two MCPs, with a vertical single beta-barrel fold and displaying pseudo-hexagonal building blocks (capsomers) but with different morphologies led us to wonder how nature solved their apparent more complex assembly.

It came as a surprise when we determined the whole virion structures at quasi-atomic detail using high-resolution cryo-electron microscopy that two proteins with a remarkably different fold located in between the capsid shell and the outer membrane leaflet operated as a global-positioning-system. These two different proteins correctly recruit and locate on the virus membrane the heterodimers formed by the two MCPs, supported by membrane proteins at the vertices of the icosahedral virus acting as navigation buoys for the direction of assembly.

These results show the solution that evolution has provided for the assembly of such viruses. Moreover, they illustrate the evolutionary consequences of the fusion event of the two consecutive MCP genes which has ultimately led to the membrane-less vertical double beta-barrel MCP assembly seen, for example, in eukaryotic-infecting adenovirus.

In conclusion, the findings in this paper provide the means: (i) to understanding how gene duplication and gene fusion events can lead to a decrease in assembly complexity; (ii) to test, in computational biology, how this apparent assembly simplification leads to the encoding of more complex information in the fused MCP gene; and (iii) to explore new ecological niches and to wonder about extremophile virus geographical distribution, diversity, transport and spatial diffusion. 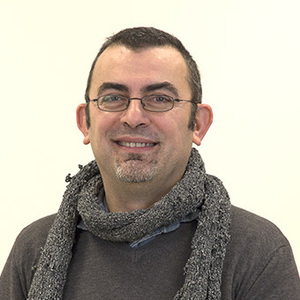