After obtaining my PhD at ETH Zurich, Switzerland in 2003, I spent two stimulating and scientifically very productive years at the Department of Microbiology, National University of Ireland, Cork (Ireland) working as postdoctoral researcher in the lab of Prof. Douwe van Sinderen, with whom I developed a long-lasting scientific collaboration. In 2005, I moved back to Italy at the University of Parma,as part of a national reintegration scheme of young Italian scientists and in 2007 I’ve established the laboratory of Probiogenomics at the University of Parma.

From the very beginning, the laboratory of Probiogenomics devoted its interests on exploring the biology of human gut commensals and especially bifidobacteria. Thanks to the integration of in vivo, in vitro and in silico approaches, made possible by the integration of specialized next-generation sequencing and bioinformatic teams, its research thrust towards functional genomics of bifidobacteria and the investigation of the gut microbiota development, composition and functional roles using culture dependent as well as metagenomics approaches.

Thus, allowing to explore the ecological and functional mechanisms by which intestinal bacteria ultimately influence health and disease, leading to the development of novel functional food products with solid scientific bases. In this regard, the activities of the laboratory of Probiogenomics have led to the sequencing of a number of intestinal commensals, and scientists of the laboratory of Probiogenomics are currently involved in array-based comparative and functional genomic studies of such bacteria.

Furthermore, in order to shed light on the host-associated and environmental factors involved in shaping the gut microbiota, many efforts of the laboratory of Probiogenomics have been lately directed to the characterization of mechanisms responsible for transmission and engraftment of bacteria to the human gut, such as mother-newborn vertical transmission. In this context, diet is considered to be of pivotal importance in terms of its modulatory effects on the gut microbiota, as supported by a large repertoire of scientific studies showing that the modulatory effect of food on human-associated microbial consortia is mainly influenced by the prebiotic/antimicrobial properties of various dietary ingredients1, 2.

Nevertheless, we hypothesized that diet may also shape the composition of the human gut microbiota by acting as a natural reservoir of microorganisms, very often originating from farm animals (e.g., cows, sheep or goats in case of cheeses) and their surrounding environments, which could be vectored by foods to the human gut. To verify this hypothesis, we evaluated the microbiota composition across the Parmesan cheese production chain. Notably, our metagenomic-based analyses revealed the occurrence of a core microbiota that originates from the cow environment and is (partially) transferred to Parmesan cheese.

In particular, shotgun metagenomics assemblies were exploited to trace the transmission of multiple species, including a specific microbe belonging to the health-promoting bifidobacterial genus, Bifidobacterium mongoliense. Their ecological fate was investigated in detail with strain-level accuracy using shotgun metagenomic data for single nucleotide variants profiling and coupling strain isolation efforts with genomics. Notably, altogether these analyses clearly pointed at a horizontal transmission of multiple strains from cow’s milk to the human gut through the consumption of Parmesan cheese. This intriguing diet-based inheritance of bacteria was further investigated by in vivo human analyses, highlighting how a diet rich in milk appears to enhance colonization and persistence of Bifidobacterium mongoliense in the human gut.

Altogether, this study is an example of how the diet microbiota represents an important source of microorganisms for the establishment, and subsequent development, of the human gut microbiota. 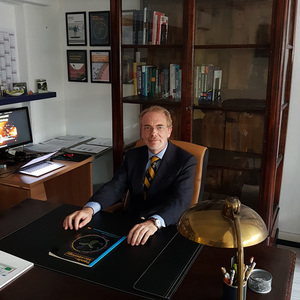 IQBAL AHMAD
over 2 years ago