What comparative genomics taught us about the vaginal commensal Lactobacillus crispatus

This story started during a conference in Athens in 2014 when I talked about a novel concept for personalised therapy with probiotics isolated from the host. I have to admit that I was somewhat disappointed by the lack of response from the audience to what I in all modesty took for the-most-revolutionary-idea-which-without-doubt-would-open-up-a-whole-new-field-of bacteriotherapy. So, what was this all about?

Well, by the use of cultivation techniques, my research team was able to demonstrate the transition from a dysbiotic vaginal microbiota (DVM) obtained from a vaginal swab to a ‘healthy’ bacterial community dominated by lactobacilli (LVM). A dysbiotic vaginal microbiota, also known as  bacterial vaginosis (BV), is a highly diverse bacterial population depleted from Lactobacillus. Bacterial vaginosis is associated with an increased risk for sexually transmitted diseases including HIV, decreased fertility rates, and adverse pregnancy outcomes. All we need to do next is to disperse the obtained population of vaginal bacteria – note this well -  the woman’s own bacteria into a vaginal gel and use this for a personalised BV-treatment.

Too good to  be true? The first cracks appeared when I was drinking a cocktail on the roof garden after my talk at the conference reception and an expert in the field approached me. ‘Very nice story’, he said, ‘but your idea will never work’. I swirled the content of my glass as if the sound generated by the ice blocks in my cocktail would act as some kind of spell to blow away his last words. He continued ‘The lactobacilli you are cultivating from the host have lost the ability to dominate the microbial population. The problem is in their genes. Their population will never sustain in vivo’. I took another sip of my Martini on the rocks and assured the expert that I was definitely going to look into this. And so we did. In the laboratory, we selected Lactobacillus crispatus strains from a dysbiotic vaginal microbiota (DVM) and Lactobacillus dominated microbiota (LVM) and systematically checked for differences in the two groups of strains by comparative genomics.

What appeared to be the case? To our big surprise this was not about LVM-strains losing a genetic property, it was  about the DVM-strains gaining one. We found a novel glycosyltransferase gene that was more prevalent among strains isolated from DVM. All speculation at this point, nonetheless this could indicate that, as the vaginal niche in a dysbiotic state is under immune pressure, this gene mediates variation in cell surface glycoconjugates. In other words, this gene encodes for the ability of Lactobacillus crispatus to change its coat making the bacterium invisible to the immune system. A selective advantage for survival under these conditions. Thus, if this appears to be true, the expert is half right. Simple enrichment by cultivation in the lab will not work. We will need to deliberately select for L. crispatus strains containing the glycosyltransferase gene allowing the transition from an inflammatory state of bacterial vaginosis to a Lactobacillus-dominated state. This new insight resulted from a clever comment by an expert at a conference five years ago and the fantastic effort of the researchers who took part in this investigation. Our research appeared in the open access journal Microbiome earlier this week.

Determining the who’s who of microbial networks 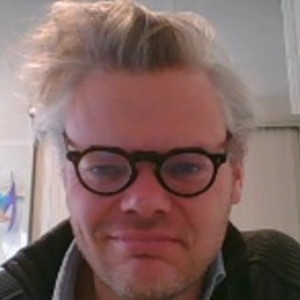 Francisco Rodriguez-Valera
about 2 years ago

Remco Kort
about 2 years ago