​Everyone is all too familiar about our gut microbiota and the 'good' and 'bad' bacteria in our guts but the mycobiota often gets overlooked and our fungal friends and foes get forgotten.

Everyone is all too familiar about our gut microbiota and the 'good' and 'bad' bacteria in our guts but the mycobiota often gets overlooked and our fungal friends and foes get forgotten.

In a new study published in the journal Gut, the researchers put a spotlight on fungi and aimed to characterise the faecal fungal microbiota in the context of IBD. They identified distinct fungal microbiota in patients with IBD, skewed towards an increased Basidiomycota:Ascomycota ratio, an increased proportion of Candida albicans and a decreased proportion of Saccharomyces cerevisiae compared with samples from healthy individuals. Specific bacteria-fungi associations were also observed in IBD. The pathogenesis of IBD is complex and it arises as a result of the interplay between genetics, the immune response, environment and gut microbiota. As such, it will be interesting to see exactly what role fungi have in disease development. 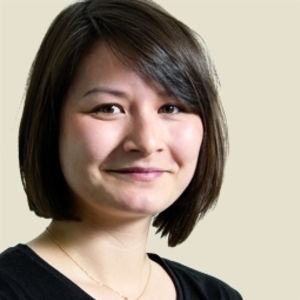 I'm the Chief Editor for Nature Reviews Gastroenterology & Hepatology, where I oversee the publication of a range of articles including Research Highlights, News & Views, Reviews, Perspectives and Consensus Statements across the field of gastroenterology and hepatology. I have always had a love of all things microbiology, in particular focusing on clinical microbiology, gastrointestinal infections and the gut microbiota in my current role. Before joining the Nature Reviews journals in 2010, I studied for a BSc in Microbiology at the University of Manchester and did a summer studentship on virology at the University of Leeds. Next, as part of the EIMID programme, I worked at the Institut Pasteur (Philippe Sansonetti group), Max Planck Institute for Infection Biology (Arturo Zychlinsky group) and Karolinska Institutet (Birgitta Henriques–Normark group) before carrying out a PhD studying Shigella flexneri at Imperial College London under the supervision of Prof. Christoph Tang.
Follow

Melanie T. Cushion
over 4 years ago

Melanie T. Cushion
over 4 years ago
I heartily agree. I study the mammalian lung which was once thought to be a privileged site until you discover fungi like Pneumocystis using methods other than direct culture.