I was neither trained as a microbiologist, nor as an immunologist. I began this journey as a cardiovascular biologist with an interest in platelets, their role during influenza infection, and how this platelet-influenza interaction relates to myocardial infarction (MI).

So, let’s turn our attention to platelets for a second. They’re just hemostatic cells, right? No, not at all! Technically speaking, platelets aren’t even true cells and their function extends far beyond clotting. Over the past 150 years, platelets have been celebrated as a chief blood component involved with hemostasis, vessel integrity, and thrombosis. In the past few decades, however, platelet biologists have started to appreciate platelets newly recognized contributions to host immunity during infection. Still, much work has to be done to bring to light the true magnificence of these little anucleate heroes.

The story outlined in Nature Communications (https://rdcu.be/bxaHF) began with a simple question: if we know that MI is increased 7 days from the onset of symptom presentation in influenza patients, and platelets are implicated in unstable coronary syndrome, do platelets have a proactive vs. reactive role? With the help of our collaborators from the Division of Infectious Diseases & Immunology, I collected platelets from patients in the early stages of influenza infection. As most of you are aware, viremia is not a common manifestation in humans. Surprisingly, however, platelets from influenza-infected patients showed the presence of Influenza A or B in them. Truly fascinating!

Incubation of isolated platelets from healthy donors with influenza A showed rapid internalization starting at 5 min. By about 30 min, however, almost no influenza was found outside. Interestingly, internalization of influenza led to the activation of platelet TLR7 and subsequent release of complement C3 from them. In turn, C3 pushed neutrophils to release their DNA directly in the circulation, resulting in the formation of big platelet-neutrophil aggregates with significant occlusive potential. Additionally, a feedback signal from neutrophils resulted in the release of platelet GM-CSF, which ultimately controls the magnitude of neutrophilic DNA release. As a result, we can then speculate that as infection progresses and C3 levels increase, the described platelet-neutrophil interaction may contribute to an increased risk for MI. On the other hand, since levels of thrombocytopenia in influenza-infected patients is predictive of increased mortality, it further suggests a proactive role of platelets in immunity and host defense.

Truth be told, I didn’t know much about the complement system before my love for platelets took me down the road of immunity. After heaps of literature research, countless experimentation and troubleshooting, I managed to convince a few immunologists and virologists at my institution to take a leap of faith and support my academic interest. Finally, I’d like to make a “plug” for platelets: be sure to keep in mind that platelets may be influencing the behavior of your immune cell type of choice; thus, make sure your blood isolates are free of platelets in order to purely describe the mechanistic phenomenon of the cell type you’re studying. Otherwise, show the little guys some love! 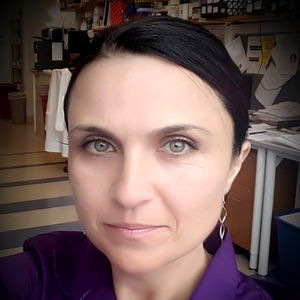 Dr. Koupenova received her PhD in Biochemistry from Boston University, MA and her BS in Biochemistry from University of California Los Angeles, CA. Dr. Koupenova's research is focused on the contribution of platelets to the immune response during viral infections and the consequent implication of that response to cardiovascular disease. Dr. Koupenova is also interested in the sex differences of platelet immunity and implications of viral infections to platelet production.
Follow