Ubiquitin-mediated xenophagy has emerged as an important immune mechanism for clearing pathogens from the host, and M. tuberculosis surface protein Rv1468c is identified as a direct target of host ubiquitin for triggering this antimicrobial process.

Tuberculosis (TB), which is caused by M. tuberculosis (Mtb), remains the leading cause of death from a single infectious pathogen. Drug-resistant TB, especially extensively drug-resistant TB (XDR-TB) is a cause of great concern, because it renders patients untreatable with available drugs. Against this background, our research group has been investigating the molecular mechanisms underlying M. tuberculosis-host interactions in order to explore novel targets and rational strategies for anti-TB therapy.

Ubiquitin-mediated antimicrobial xenophagy plays an important role in host immunity, but it is remains unclear how the host ubiquitin system recognizes the intracellular bacteria and which bacterial proteins would be targeted for triggering this process. In a previous study, we found that PtpA, a secreted effector protein from Mtb, contains an ubiquitin-interacting motif-like (UIML) region that could mediate direct interaction between PtpA and host ubiquitin for innate immune suppression1, which discovery prompted us to wonder whether there were certain Mtb surface proteins that could be directly targeted by host ubiquitin for triggering xenophagy-mediated bacterial clearance, and such information could be important for developing novel Mtb-host interface-based anti-TB treatments.

In our efforts to search for novel potential Ub-binding proteins (UBPs) that located on the surface of Mtb, we identified a eukaryotic-like Ub-associated (UBA) domain-containing protein Rv1468c (PE_PGRS29) that belongs to the mycobacteria-specific PE_PGRS family, proteins from which family are predominately expressed on the mycobacterial cell surface. We then confirmed that Rv1468c was expressed on mycobacterial surface. Then, interestingly, we found that ubiquitin chains could hydrophobically bind to the UBA domain of Rv1468c in vitro. In macrophages, the UBA-mediated direct binding of ubiquitin to Rv1468c could recruit autophagy receptor p62 to deliver mycobacteria into LC3-associated autophagosomes. Further investigations by using a mouse infection model demonstrated that disruption of Rv1468c-ubiquitin interaction increased bacterial loads in mice with elevated inflammatory responses.

In this study, we are attracted by the finding that the UBA domain in Mtb Rv1468c is highly conserved in clinical isolates, and wonder why Mtb would retain such a UBA domain in Rv1468c for host autophagic clearance. Possibly, Rv1468c UBA domain-triggered autophagy is a evolutionary strategy adopted by Mtb to maintain long-term intracellular survival through self-controlling its intracellular bacterial loads to avoid excessive host inflammatory immune responses, which might favor prolonged infection and greater transmission. Therefore, our findings strengthen the notion that the intimate host-pathogen interactions drive their dynamic coevolution and antagonism, which regulate the diverse outcomes of pathogen persistence and host resistance. Besides, the conservation of Rv1468c UBA domain, together with the evidence indicating that autophagic induction could enhance the efficacy of TB vaccines by promoting mycobacterial antigen presentation2, suggest that Rv1468c may serve as an potentially ideal molecular target for developing novel anti-TB therapies, especially when combined with xenophagy flux-modulating agents. 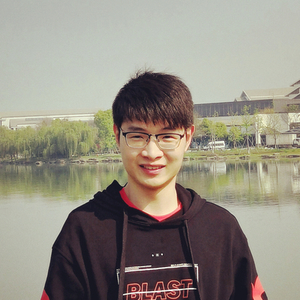