Are swine a tractable in vivo model for food fermentations?

Weaning is a critical stage in the life of a pig, particularly in current animal production systems that hit the animals with a double whammy of feed transition in combination with social stress caused by separation from the mother and littermates. Stress and the shift in the intestinal microbiota makes piglets susceptible to diarrheal pathogens, particularly Escherichia coli. Smoothing that transition will benefit well-being of piglets and reduce the need for antibiotics to treat enteric infections. Our publication provides a detailed analysis of the transition of swine microbiota after weaning – the combination of quantification of enzymes that relate to carbohydrate degradation with metagenomic binning allowed us to identify the key players in carbohydrate and fibre metabolism in the intestinal microbiome of swine.

We initially hypothesized that the use of probiotics beneficially influences the piglet’s microbiome, and that reutericyclin, an antimicrobial produced by Lactobacillus reuteri, enhances this impact. The impact of reutericyclin was assayed by the use of isogenic reutericyclin positive and –negative strains.

This proved to be yet another beautiful hypothesis that was slain by ugly facts.

Initial analyses demonstrated that the influence of probiotics on the overall gut microbiome was very minor; we had to look hard and with strain- or species specific to detect their influence on specific bacterial taxa. The reduction of pathogenic Escherichia coli that was observed in previous studies, however, could be confirmed.

A more detailed analysis by metagenomic binning demonstrated that uncultured bacterial taxa represented most of the key organisms in the swine intestine – this indicates that much of the work that has been done for human intestinal microbiota, culturing of key bacteria to determine their physiological and metabolic properties – still remains to be done for swine intestinal communities. The “elephant in the room” explaining most of the changes in the microbiome was the diet – other factor were transient or did not matter. Consequently, our subsequent analyses focused on carbohydrate metabolism by gut microbiota. Because wheat and lactose were the major components of the feed, we focused on starch, fructans, and lactose as main dietary carbohydrates, and compared carbohydrate metabolism in the swine intestine to the corresponding organisms in the human intestine. The metagenomic assembly and binning that was performed by the collaborators from Huazhong Agricultural University provided an excellent and unprecedented foundation to analyse the metabolic networks for carbohydrate metabolism in the swine gut.

Comparable to human intestinal microbiota, starch degradation is dependent on metabolic cooperativity of diverse members of Firmicutes and Bacteroidetes. Surprisingly, the most abundant enzyme was not an amylase but a branching enzyme which likely functions to solubilise resistant starch and to make it accessible to hydrolytic enzymes.

Key players for fructan and lactose metabolism in swine differed from those in the human intestinal microbiota. Lactobacilli expressing extracellular fructanases were major contributors to fructan metabolism in swine. Database searches revealed that the corresponding enzyme, FruA, is present in lactobacilli from the swine intestine but absent in all other lactobacilli – we have yet to figure out why this enzyme is important in pig intestine but not in any other of the (intestinal) ecosystems that harbor lactobacilli.

In the human gut and particularly in infants, bifidobacteria are the main degraders of lactose. In swine, lactobacilli take over that role and are major contributors to β-galactosidase activity. Taken together these findings may enable manipulation of the piglet’s microbiome after weaning by the animal’s diet.

The relationship between swine microbiota and lactobacilli in food fermentations provided an interesting and surprising sidekick of the work. Lactobacilli from swine are commonly found in specific cereal fermentations – in one of these fermentations, lactobacilli expressing the exceptional extracellular fructan hydrolase dominate and contribute to the degradation fructans for production of low-FODMAP bread. We were also surprised to find Lactobacillus delbrueckii at weaning. This organisms is used globally to produce yoghurt and has adapted to lactose and milk environments, however, to date, it has not been associated with intestinal environments. To confirm this unexpected occurrence, we went back to older datasets from weaning piglets; these analyses confirmed that L. delbrueckii is present at weaning but quickly disappears after the transition to solid feed. If confirmed by culture, this unexpected finding may demonstrate that L. delbrueckii adapted to suckling mammals, which could open new perspectives with regards to probiotics and intestinal health in infants and suckling animals. 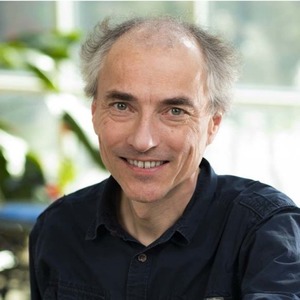