Studying HIV outside a plastic dish

Despite over 30 years of research, key aspects of how HIV causes AIDS are still unclear. One of these unresolved questions is how the virus spreads within tissue, using either diffusive viral particles or direct transfer from one infected cell to a neighbouring target cell. So in the Fackler laboratory at the University Hospital Heidelberg where I did my PhD we wondered: Why are such fundamental principles about HIV pathogenesis unknown?

Perhaps the answer lies within the standard culture systems used to study HIV spread, which are essentially cells in a plastic dish. However in real life, HIV rarely encounters plastic dishes. Instead, it faces 3-dimensional tissue in the infected host: the genital tract, lymph nodes and even the brain. Additionally, the main target cells for HIV – CD4 T lymphocytes – are highly motile. Cell motility will influence contact-dependent modes of HIV spread, but not if cells sit densely packed at the bottom of a plastic dish.

I wanted to study the impact of 3D tissue environments and cell motility on HIV spread, but the field was clearly lacking the tools to do this. Thus, I established an artificial tissue to analyse HIV-1 spread between primary human CD4 T cells using collagen as a tissue-like 3D-scaffold. The beauty of this minimalistic approach is that all components can be experimentally controlled to investigate their contribution to HIV spread.

An interdisciplinary approach
Pretty soon I had to realise that the experimental system was not enough. With the vast amount of quantitative and dynamic data it was difficult to see how the individual parameters influenced each other. Within the interdisciplinary research network SFB1129, this challenge started a very fruitful collaboration with mathematicians, physicists and computer scientists (Graw, Hamprecht, Rohr and Schwarz labs). Together we developed an Integrative method to Study Pathogen spread by Experiment and Computation within Tissue-like 3D cultures (INSPECT-3D). This is now outlined in Nature Communications (https://www.nature.com/articles/s41467-019-09879-3).

As anything in science, this took a while, but the outcome was completely worth it. INSPECT-3D combines measurements of virus replication, infectivity, diffusion, single-cell motility and cell-cell interactions by mathematical analyses. This led to an integrated spatial infection model which allowed us to disentangle in silico the contribution of spatial structure, cell motility and cell-contact dynamics to HIV spread.

3D environment affects HIV’s spread strategy
Using this system, we discovered that 3D environments limit infection caused by diffusible virus. These “environmental restrictions” represent a challenge for HIV, and the virus adapts its spread strategy accordingly by relying more on cell-associated transfer. In an iterative approach between model prediction and experimental validation, we identified cell motility and density as essential determinants of efficacy and mode of HIV spread in 3D.

Although our experimental system does not reconstitute all aspects of the living host, I find it fascinating that even in such a relatively minimalistic 3D system, one can find principles that may help to explain phenomena that are observed in HIV infected patients, such as cell clustering at infection sites.

INSPECT-3D is certainly closer to physiology than a plastic dish and the ability to alter experimental parameters including tissue composition makes it a powerful tool, not only for HIV research, but with some adaptations also for many other pathogens. Because in the end, HIV is not the only pathogen on the planet facing complex tissue… 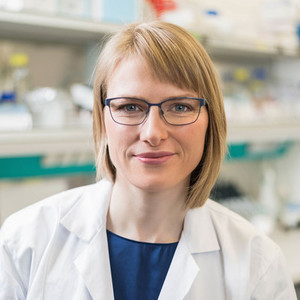