Infection of epithelial cells by RSV has long been understood to have implications that extend far beyond the host. Virus infection of epithelial cells increases the capacity of certain bacteria to adhere to infected cells. This phenomenon has been elegantly demonstrated in in vitro cell culture experiments where bacteria such as Streptococcus pneumoniae and nontypeable Haemophilus influenzae exhibit increased adherence to RSV-infected cells. Follow-on clinical studies have also demonstrated that RSV infection in infants is associated with increased airway colonisation by these bacteria. A clear risk associated with this increased colonisation is the proportionately increased risk of invasive disease by these pathobionts. We, therefore, hypothesised that the host response to RSV infection - the trigger for increased bacterial colonisation - is two-pronged and aimed in part at resident airway microbiota.

We devised a series of experiments that allowed us to comprehensively examine the airways of infants and children who had been infected with RSV. By integrating different systems biology tools - including airway proteomics, metagenomics and flow cytometry  - we tracked the host response to infection and characterised the effect of this response on resident microbiota. Our results show that RSV infection of airway epithelia triggers rapid recruitment of neutrophils. In particular, we found significant overexpression of neutrophil granule proteins in the airways of RSV-infected children. Many of the neutrophil granule proteins that are overexpressed have long been known to have potent antibacterial properties. We, therefore, compared the ability of airway secretions obtained from both RSV-infected children and from RSV-negative controls to directly inhibit bacterial growth. Using an in vitro assay designed to measure direct bactericidal activity against S. Pneumoniae, we found that secretions from RSV-infected children have significantly greater inhibitory activity compared to uninfected controls. Further, we found evidence that this inhibition was linked to the level of expression of granular proteins, since a consistent positive correlation was found between the airway expression of these proteins and the extent of bacterial inhibition. We surmise from these findings, that this RSV-induced, neutrophil-driven inhibition effect appears to act as a regulatory mechanism for airway microbiota following RSV-infection.

This work was the result of an extremely exciting collaboration between a wide array of scientific disciplines. Our research team comprised of virologists, clinical and protein scientists and cellular immunologists. It was wonderful to see how the integration of a broad array of systems approaches could be used to understand the complex and highly dynamic interactions that occur in the airway after a virus infection. We are forever indebted to the lovely children who were part of our study and for the wonderful support and encouragement we received from their parents and caregivers. 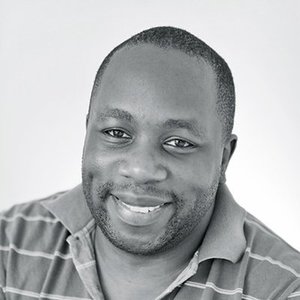