HIV-infection is lifelong.  Upon viral entry into a human CD4+ cell, the HIV viral RNA genome is converted into viral DNA in a highly erroneous process by the viral enzyme reverse transcriptase, which may then be irreversibly integrated into the human host genome by the viral enzyme integrase.  The highly erroneous reverse transcription process results in a diverse array of mutations in the viral DNA genomes within a single infected individual.  Current antiretroviral treatment against HIV is only effective in preventing subsequent viral replication and infection of new cells, but do not eliminate the already-infected cells carrying a diverse varieties of HIV DNA genomes.

Over time, not all of these infected cells will survive:  They may die due to cytopathic effects associated with the infection process and/or viral transcriptional activities, and/or they may be eliminated by the human immune system.  Furthermore, not all infection events are productive:  Some of these integrated viral DNA genomes are so heavily mutated either via the highly erroneous viral reverse transcriptase and/or host defense mechanisms that they can no longer sustain future rounds of viral replication.  To complicate matters further, recent studies have shown that infected cells carrying intact and replication-competent viral DNA genomes can also undergo cellular proliferation, in the process clone (replicate) the viral genomes into daughter cells and thereby sustaining the total number of cells capable of producing new infectious viral particles.

We understand little about how intrahost HIV DNA genome populations change over time.  Specifically in this study, we wish to understand the kinds of viral genome mutations present at different stages of infection, and the types of viral genomes that survive and persists over the course of infection in the presence or absence of antiretroviral therapy.  The Durban Females Rising through Education, Support, and Health (FRESH) cohort enrolls non-HIV-infected women between the age of 18-23 who are at high-risk of contracting HIV. Twice-weekly HIV-testing are provided concurrently with lessons that focus on empowerment, life-skills and job readiness such as computer basics and CV presentation.  This infrastructure has enabled us to identify HIV-infection cases within days post-infection, presenting a rare opportunity to track the evolutionary dynamics of HIV DNA genomes longitudinal starting at extremely early stages of infections.

In this study, we provide a descriptive account of the viral DNA genome diversity and longitudinal dynamics over the very first year of HIV infection in four patients infected with subtype C HIV-1 in the FRESH cohort.  All four patients are heterozygous for a protective HLA-allele; two of the patients went on suppressive antiretroviral therapy, and two of them remained untreated over the study duration.  We observed that, in contrast to chronically HIV-1-infected patients, the majority of viral DNA genomes at the earliest phases of infection in these four participants are genome-intact, lack hypermutations mediated by host defense proteins APOBEC-3G/F, have limited genome truncations, and over one year show little indication of cytotoxic T cell-driven immune selections despite the presence of protective HLA-alleles. We also observed that viral sequence divergence during acute infection is predominantly fueled by single-base substitutions, and is limited by treatment initiation during the earliest stages of disease.  It is important to note that these viral DNA genomes represent the initial swarms of diverse arrays of viral DNA; not all will survive and persist to become the future viral reservoir under prolonged antiretroviral-mediated virologic suppression.   Future studies should profile HIV DNA genomes longitudinally beyond the one-year time frame of the current study.  Identification of factors associated with viral persistence is a crucial step to informing future HIV cure research.

*We thank every patient who participates in the FRESH study for contributing to this research, and to further our understanding of HIV biology.

*We thank Dr. Art Poon from Western University who assisted in the creation of the poster figure here (corresponding to Figure 5b in the manuscript).

*This study was completed at the Ragon Institute of MGH, MIT and Harvard.

*HIVSeqinR, a bioinformatics pipeline for analyzing HIV viral DNA genomes is published with this manuscript.  It is freely available at https://github.com/guineverelee/HIVSeqinR. 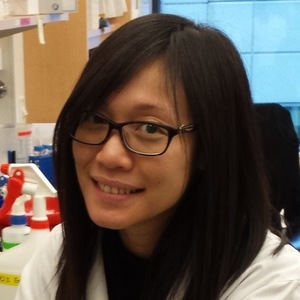