Generating a consensus vaccine against HIV-1

Arguably the most important hurdle for developing an effective vaccine against HIV-1 is its enormous sequence diversity. Here, we generated a vaccine candidate based on the consensus of all HIV-1 sequences that could be used in novel vaccine strategies.

HIV-1 causes the acquired immunodeficiency syndrome, better known as AIDS, a disease that kills almost 1 million people every year. Thus, a vaccine is still desperately needed to curb the ongoing epidemic. An effective HIV-1 vaccine should probably induce neutralizing antibodies that can prevent virus infection. The only target for HIV-1 neutralizing antibodies is the envelope glycoprotein (Env) spike on the outside of the virus.

Around five years ago, our group and collaborators produced a soluble mimic of Env, called “BG505 SOSIP”. It was generated by combining the env sequence of the BG505 HIV-1 strain with a set of so-called SOSIP mutations1. When rabbits and macaques were inoculated with BG505 SOSIP they induced the (protective) neutralizing antibodies that we were hoping for2,3. However, these neutralizing antibodies target epitopes that are specific for BG505 only and the same antibodies do not neutralize other HIV-1 strains. Therefore, we started to think about SOSIP-based immunogens that should contain less of these strain-specific epitopes.

To be honest, I was very skeptical about whether this could be done, because the generation of BG505 SOSIP was somewhat of a lucky shot and required screening of the SOSIP mutations against dozens of env sequences. However, just before the start of the “ConM project”, we and others identified mutations that could be used to generate SOSIPs from some other env sequences as well. Back in 2015, Ilja started to combine these mutations with ConM env and her perseverance paid off: a new well-folded soluble HIV-1 Env, called ConM SOSIP.v7, was born!

In the meantime, I was getting increasingly involved in the project (obviously cured from my initial skepticism) and, among other things, I managed to properly present ConM SOSIP.v7 on nanoparticles. We also started to send out the protein to several collaborating labs, including that of Ian Wilson at The Scripps Research Institute. Here, crystallographer Byung Woo was in the last months of his sabbatical and he managed to solve the high-resolution crystal structure of ConM SOSIP.v7.

To test its immunogenicity, we first immunized rabbits and later macaques with ConM SOSIP.v7 and ConM SOSIP.v7 on nanoparticles. When we performed the first neutralization assays using the rabbit sera against the ConM virus we detected no virus activity. We first thought that the assays had failed, but not much later we realized that the lack of virus activity was due to the very potent neutralizing antibodies in the sera and we found that a dilution of up to 1:200,000 was enough to neutralize the virus!

Encouraged by these results, ConM SOSIP.v7 will now be assessed for its safety and immunogenicity in two phase I clinical trials (ClinicalTrials.gov: NCT03816137 and NCT03961438). Who would have thought that this wild idea would end up as a vaccine candidate in humans four years later! 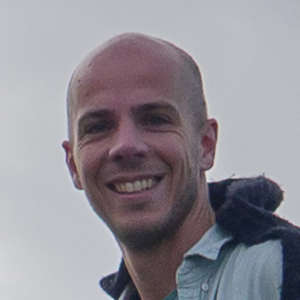