A fistful of fungi

To characterise the dominant fungi in soil across the globe, we surveyed the fungal community of 235 locations wordwide, assessed dominant fungi identity and ecological preferences, and provided their distribution maps.

When looking at the world soil map, it is easy to get lost staring at the puzzling mix of colours replacing the more familiar country borders.

The complex, beautiful representation of our Earth’s soil diversity is the result of the changing chemical, physical and biological properties that characterise soils across the globe. These properties vary dramatically in space as a function of topography, climate, soil age, origin, and land use, making every piece of land a unique combination of natural resources.

So, what can a handful of dirt from an Alaskan forest possibly have in common with a grassland in the Australian Outback? Or tundra in the North Pole with a South American tropical rain forest? Our new study shows that all these disparate soils across the globe are likely to share a portion of the vast number of fungi they harbour. Those shared fungi belong to a small number of species (less than 0.1% of the total), however, account for important percentages of the fungal populations across the globe.

These shared fungi were found by identifying the fungal community of the nine most common terrestrial ecosystems in the world, surveyed across 235 sites, from 18 countries and 6 continents.

The motivation behind this study was framed by a quest to answer simple but fundamental questions related to fungi: Which fungal taxa dominate soils globally? What are their ecological preferences? Can we provide a global atlas for their distribution? Such information has been available for plants and animals for decades, but until now has been almost completely missing for soil fungi.

Our initial queries led to some intriguing observations. We found that the few dozen fungi found frequently and abundantly across the globe mostly belong to a single group of fungi; Ascomycota. This contrasts with a complementary study 1 published last year for bacteria, showing that dominant bacteria in soils are in the order of several hundreds, and are associated with multiple taxonomic groups. We also observed that most of these dominant fungi spread via wind dispersal and are mostly decomposers. However, many of them also correlate with fungi often associated with agricultural systems, including important fungal pathogens.

Our study provides an essential overview of dominant fungi identity, distribution, and ecological attributes globally. This is just the first step towards a better understanding of their roles, interactions, and mechanisms of dispersal. Further studies including under-sampled regions of the world will be useful to identify more of these shared fungi across the globe, while we envisage that whole genome sequencing of these widespread taxa will provide new insights on the genomic traits underpinning their ecological success. 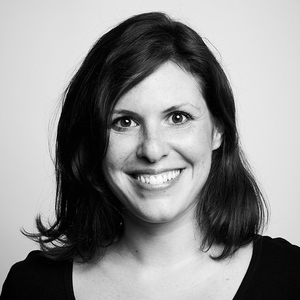