Discussing the Origin of Life with William F. Martin

The origin of life on Earth remains a mystery unsolved, and so does eukaryogenesis — the black hole at the heart of biology, as expressed by Nick Lane in his 2015 book "The Vital Question". Since these questions are so central to biology, yet largely overlooked in teaching, Profs. Julia Vorholt and Ernst Hafen invited first-year biology students to join a dedicated "The Vital Question" book club during the spring semesters of 2018 and 2019 to learn and discuss about the problems involved in understanding and investigating these topics. The discussions during the meetings were lively and centered around the theories behind the book including much of the work by William F. Martin, Professor of Molecular Evolution at the University of Düsseldorf. Encouraged by the outcome, we invited Prof. Martin to give a seminar on the origin of life and were glad to learn he accepted. Prof. Martin gave a captivating talk on his research concerning the origin of life in hydrothermal vents on May 22nd 2019. The lecture was filled with students and faculty members. His seminar was followed by a round-table discussion at the Institute of Microbiology at ETH Zurich, where we, the students, had the opportunity to ask questions.

These were our questions to him and his answers:

Bill Martin at the Institute of Microbiology, ETH Zurich

How likely is life?

Singularities (once every 4 billion years) do not have likelihoods. Some say life is inevitable. Death is inevitable; life is an opportunity.

What common misconceptions about evolution do we encounter?

That we understand it. That we have a lot of "facts". There are no facts, only observations and their interpretation.

What was the worst diatribe (the most scathing criticism) you ever faced?

Proponents of the RNA world saying in the New York Times 2016 that my work is irrelevant for understanding origins. Was that a criticism or a compliment? Or books about origin of life that forget to mention any organisms.

Are we restricting ourselves by talking about life as we know it?

Yes, wisely. When we are done explaining the life we know, then we can worry about the stuff we can imagine.

How robust is your theory, could it fall apart with discovery X?

Robust — what a word! Hold on to that word. It leads to rober, and strength and oaks. Popper said we can have ideas from wherever and try to falsify them, if they prove robust to falsification then we have to keep trying. If we "falsify" a good theory with flimsy data that were interpreted wrong or that stem from a bad experiment, then we throw out a good theory prematurely (in German: "ohne Not", without emergency, which is more to the point than without due cause). So then we have to go look critically at the evidence and then we get into the issue of what exactly evidence is and then we are back at square one. In 1978 my microbiology teacher, Willard Taber (The Impact of Fungi on Man), very casually said something that had great impact on me: "A theory combines mutually consistent hypotheses. Every observation for which the theory cannot account adds weight in the form of corollary assumptions. When a new theory comes along that requires fewer corollary assumptions to account for the same or more observations, it replaces the old one". What I understood was: so that’s how science works. As scientists and teachers we can never know whether something we say will have great impact on people or not. I think that today we are interested in the question of whether things generally make sense. And when anybody says a theory is robust, wait 200 years. In 200 years scientists will be laughing about things that we today believe to be true. That’s what science does — it changes the facts.

What do you think about the idea that life came from elsewhere, from outer space, and was brought to Earth?

It does not by one iota change the nature of the problem of explaining where the life that we see came from, chemically or otherwise. And remember, the Earth is in outer space. The Earth is a magnificent object.

Where is the physics/biology boundary? Can you derive your theory from first principles?

This is a hard question. Physics is always there, quantum chemistry. The orbitals that I discuss as things with geometry and shape boil down to equations. Physics can describe orbitals well, but can physics describe everything? Some scientists maintain that biology emerges more or less directly from physics. If so we should be able predict the behavior of biological systems from physical principles. That leads directly to the question of what physics can describe, and physics, I assert, cannot describe what happens in a room full of people having a discussion, because it would have to be able to predict the life history of each individual as a prerequisite for predicting their reactions in conversation and if physics can do that then everything is predetermined, in which case we have no purpose, no responsibility, no values, no nothing. Biology is really hard. I categorically reject all propositions that events over time are predetermined, regardless of whether the proposition might be true, or not, because the consequences of predetermined fate for life, freedom, and free will are wholly unacceptable. Death is inevitable, but its onset is not predetermined. Life is so short, the most valuable thing we know. What is value? What is human? Physics is always there, the tunneling (disappear here, reappear there) of electrons across FeS clusters through complex I of our mitochondria is a case in point. But the difference between living matter and inanimate matter (at the moment that life leaves it) is not organization, it is energy flow. Life is a chemical reaction. Describing it in chemical terms (the sum of many reactions and molecules that we can individually study in some detail — enzymology and biochemistry) gets more to the point than making a simplified mathematical/physical abstraction of the whole thing that is easy to handle conceptually but that lacks the basic attributes that emerge from the main exergonic reaction that runs the other individual reactions. First principles? We still do not have convergence of physics for the very small and physics of the very large, so as far as I can tell, at the most basic level we are still discussing alternative models at the base of everything, hence it is not clear to me from which first principles I should start were I to make the attempt proposed in the question. My theory starts with atoms and gravity, without having to explain what either of those "things" "are".

How do they deal with leaving the vent?

Which new techniques could have the biggest impact; existing ones and those still unknown?

They are called discoveries because nobody anticipated it or expected it. Leonardo nailed the helicopter, but not the computer. Both are about 60 years old. What has changed mankind more?

How did the transition from ribozyme reactions to protein reactions occur?

The question assumes that such a transition actually did take place, which I view as a premise that might be untrue, hence worthy of exploring alternatives in parallel.

What do you think about the deep-sea electron micrograph?

It could be anything. Transmission EMs depict membranes in ways that require good three dimensional reasoning skills.

What is the most interesting question left about the origin of life?

The origin of the genetic code. Nobody has a clue. We see patterns, yes, but the process that gets us out of chemical determinism (!) about synthesis of molecules and coupling of catalytic activity to heritable memory (gene and proteins) is as much a black box now as it ever was. Someday someone will make a breakthrough; it will be simple and everyone will say "Aha, oh!" but we have no way of knowing when that will happen (50 years, 5 years, or next week). Until then, let’s work on problems that appear tractable or at least fruitful in terms of delivering insights. What are insights, what is understanding? It’s hard to define (beware of definitions), but I think we know it when we experience it. It’s when communicable connections between seemingly unrelated phenomena become manifest. If we cannot communicate it, how can it be understanding?

Apéro and discussion preceding the Q&A round table.

After the seminar and some two hours of discussion at the table, we stayed after the Q&A session to exchange our thoughts long into the evening. Before joining the book club, most of us had some basic understanding of thermodynamics and metabolism, but lacked a connection between these abstract concepts and their impact on the life we see. By combining the reading experience with the input of experienced researchers and discussion with peers, we could develop new views on important aspects of biology. Importantly, it also enabled us to directly place this new knowledge into the context of biological research and biology as a whole. Identifying open questions in biology was another important aspect of the book club. This in turn gave us a new perspective on our future studies. With his energetic and uncompromising attitude, Prof. Martin has made a lasting impression on all of us.

We thank Julia Vorholt and Ernst Hafen for organizing these events.

On behalf of the students of the book club:

Episode 1 of Game of Intestine

Back to Under the microscope
Next 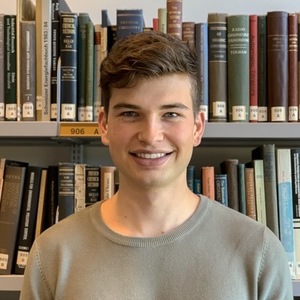 Claudio Nunes-Alves
about 2 years ago

Thank you for sharing this Marc, sounds like a really fun book club, lecture and discussion.