Recently, we described a new unicellular microbe, named Idionectes vortex, which swims by a previously unreported mode of motility. During swimming, the flagellum of this microscopic eukaryote rotates relative to the cell body, which was a very surprising finding.

I am fascinated by microbial life, and as a young biology student I had the somewhat exotic hobby of isolating microbes from nature to have microscopic pets to look at. About ten years ago, I visited one of the most famous biodiversity hotspots for eukaryotic microbes, the Sphagnum ponds of the ‘Simmelried’ in southern Germany [1]. Back then, I was hunting for so-called ‘vampire amoebae’, predatory microbes which are still the subject of research in my laboratory at the University of Cologne today.

The Simmelried, however, contained another intriguing creature nobody expected. In the laboratory Kerstin, a former colleague, showed me inconspicuous cells hidden inside a filament of a green alga, which caught my attention. At first, it was not clear what this would develop into, but after adding fresh algae and incubating the sample for some days, the organism turned out to be a parasitoid amoeboflagellate with a complex life history. It could exist in form of amoeboid cells feeding on algal cell contents and as free swimmers with a peculiar motility. These swimmers rotated perpendicular to the swimming direction and resembled flying saucers from old movies, so that we dubbed it "UFO" (the unidentified flagellate organism). Although I did not yet understand how its swimming motility worked, I knew it must be something very unusual.

To find out more about the swimming mechanism, I equipped my microscope with a camera and studied the UFO with slow-motion video microscopy - hundreds of cells, frame by frame. I realised that, unlike other microbial swimmers, it bends its flagellum to a ring and rotates about its entire axis, thereby creating a motion similar to a smoke ring, or scientifically: a 'toroidal vortex'. This was new, because most microbes wave their flagella or perform rowing-like motions to propel through the water [2]. The theoretical concept of the observed motion and its potential effectiveness at the microbial scale, however, have already been discussed by physicists decades ago, and introduced as the so-called ‘toroidal swimmer’ [3, 4]. This was fascinating! Nature ‘invented’ a microbial swimmer that uses a motion so far only known from theory and non-living things.

So what is it? A gene sequence quickly showed that the UFO was not present in genetic databases, and single-gene phylogenies failed to place this enigmatic organism in the tree of life. The inspiring research community at Dalhousie University (NS, Canada), which I joined as a postdoc about five years after the discovery of the UFO, provided the ideal 'know how' to solve the question of UFO’s closest relatives. In the laboratories of Alastair Simpson (Biology) and Andrew Roger (Biochemistry), my colleague Laura Eme and I used phylogenomic techniques to infer evolutionary trees based on hundreds of genes. We found out that the UFO belongs to the Amoebozoa, most closely related to tiny, marine amoebae not known to have flagella at all! This was surprising, but might explain why the UFO exhibits a propulsive mechanism distinct from the other well-known lineages of swimming microbes.

Although we now understood the general mechanism by which the cells propelled through the water, it was still not clear how the flagellum moved and created the observed flow. We strongly believed that it has to spin with the same speed as the rotating cell body, since in all eukaryotes known to date the flagella are rigidly anchored in the cell body - a major difference to the non-homologous, rotary flagella of prokaryotes [5]. During my attempts to visualise the flagellar movements with latex microbeads added to swimming UFOs, it happened that these beads stuck to the flagellum and reported its otherwise invisible rotation. Surprisingly, this rotation clearly exceeded that of the cell body, suggesting that the UFO bears a ‘rotary’ flagellum, too. This was by far the most thrilling moment during the entire study! First, I didn't want to believe it, but further experiments clearly supported that the flagellum of the UFO spins up to 5 revolutions per second against the cell body. It seems that the UFO is a peculiar exception in the world of eukaryotic cells, which opens up many exciting questions for future research.

Many thanks to my colleagues from Dalhousie University. I was very lucky to get great scientific input and support on all levels. With joint forces, we finally introduced the UFO into science – now formally named Idionectes vortex. 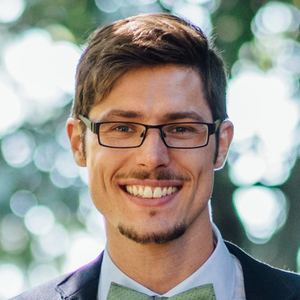