Bacteria have the ability to adapt to numerous environmental stresses by setting up different biological responses such as the stimulation of biofilm formation, notably upon exposure to low antibiotic concentrations.

The biofilms of pathogenic bacteria constitute a major threat on healthcare systems worldwide due to their chronic nature and persistence. Bacterial biofilm forms a highly structured community of cells that are attached to each other and/or a surface and are enclosed in a complex matrix of extracellular polymeric substances such as polysaccharides, proteins and extracellular DNA (eDNA). Unfortunately, biofilm-associated infections are almost impossible to eradicate because of their high tolerance levels towards a broad spectrum of antimicrobials.

The opportunistic pathogen Pseudomonas aeruginosa is one of the medically relevant biofilm-forming bacteria, which is known to cause chronic infections in the airways of cystic fibrosis patients that are treated using the aminoglycoside antibiotic tobramycin. However, P. aeruginosaexposure to low concentrations of this aminoglycoside stimulates biofilm formation, as well as other changes in P. aeruginosa physiology.

Our observations provide new insights into the potential adaptive mechanisms shaping the P. aeruginosa biofilm stimulation in response to tobramycin exposure. By confocal laser scanning microscopy, we demonstrated modifications in the biofilm architecture, including matrix modifications by increasing eDNA abundance levels, which in turn favors the built up of 3D structures leading to elevated biofilm biovolume. At least a part of the increase of eDNA release appears to be quorum sensing (QS)-dependent since we observed increased production of QS molecules.

Further, we analyzed the whole biofilm proteome to gain further insights into the tobramycin-enhanced biofilm formation potential adaptive mechanisms. The proteomic data revealed alterations in the abundance of numerous proteins including proteins related to metabolic pathways such as glycolysis, tricarboxylic acid, and denitrification pathways suggesting complex adaptive mechanisms. Moreover, the proteome of tobramycin-exposed P. aeruginosa biofilm showed reduced accumulation of ribonucleases that greatly affect biofilm formation by causing sRNAs decay. In the same vein, an important finding of this study was that PrrF small regulatory RNAs involved in iron homeostasis seems to be associated with eDNA release through a QS-independent mechanism in response to low concentrations of tobramycin.

Overall, our discoveries support a potential adaptive mechanism in which the quorum sensing molecules and sRNAs are key players in eDNA release, presumably resulting from cell death, which finally trigger changes in the biofilm architecture. Our findings represent a valuable contribution for the improvement and development of strategies to increase the efficiency of antibiotic therapies and slowing down the emergence of antibiotic resistance. 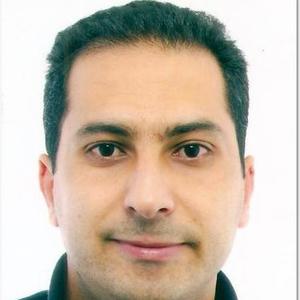