What is incredible about corals is their complexity. Their unique mixotrophic character (i.e. their ability to acquire carbon and nutrients both through photosynthesis of the symbionts living in their tissue and heterotrophy) has been recognized since the early 20th century [1]. We also know that corals can feed on a wide range of prey, including sediment particles, dissolved organic matter and plankton present in the water column [2]. Yet many areas of coral's nutrition remained unexplored.

It was during a conversation between Fanny Houlbrèque (CR, UMR 250, ENTROPIE, Noumea), a marine physiologist specialized in corals for many years, and Sophie Bonnet (DR, UMR 7294, MIO Marseille), a marine biogeochimist and plankton expert, that they naturally came up with the following question : Do New Caledonia's scleractinian corals feed on diazotrophs, a super plankton rich in nitrogen and very abundant into the lagoon?

This hypothesis led to a first study by Benavides et al., in 2016 [3]. Isotopic analyses were carried out to assess the exact composition of Stylophora pistillata, a scleractinian coral widely represented in New Caledonia's lagoon and of their photosynthetic symbionts (Symbiodiniaceae).  The results demonstrated that diazotroph-derived nitrogen is assimilated and directly stored into the photosynthetic symbionts. This study further suggested that ingestion of planktonic diazotrophs or plankton derived from diazotrophy could provide a substantial portion of coral daily needs in nitrogen, with nearly six times more nitrogen ingested that way compared to the daily ingestion of small size plankton.

Over the past 30 years, coral reefs worldwide have been affected increasingly by mass coral bleaching, which involves the breakdown of the symbiosis between the coral host and its photosynthetic symbionts, and is driven primarily by increased sea water temperature. Given the nutritional role of the photosynthetic symbionts, the intriguing question arises as to whether bleaching may in part reflect a change in the nutritional status of the host-symbiont interaction? In this respect, previous studies have shown that, during environmental stress, corals might be able to increase their nutrition on heterotrophic plankton [4], suggesting a potential correlation between feeding and reduced coral bleaching. In 2016, coral reefs in New Caledonia suffered a severe mass bleaching event so, when I started my PhD in 2018, we obviously wondered if New Caledonia’s corals could benefit from the presence of diazotrophic plankton to full-fill their nitrogen demand during a beaching event?

To address this question, we acclimated small colonies of S. pistillata and ran an experiment at the Aquarium des lagons (Noumea, New Caledonia). More particularly, we compared the capacity of these corals to fix N2 and ingest 15N-labelled diazotrophs under control and bleaching conditions. For this purpose, coral fragments were incubated for 12 hours in seawater containing 15N-prelabelled planktonic diazotroph assemblages that are naturally occurring in New Caledonian lagoon. However, we had no clue if our experiment was successful until the final results of mass spectrometry and flow cytometry analyses.

After few frustrating months waiting for the data analysis, we finally discovered that under bleaching conditions, corals were able not only to ingest significantly more diazotrophs, but also to preferentially select Synechococcus cells, a specific taxon known for being very rich in nitrogen. These results are exciting and have raised our interest further into understanding the mechanisms driving prey selection in corals. In this respect, we are now investigating how this selection could be affected by climate change and ultimately if feeding on diazotrophs and Synechococcus cells is the key to coral resilience in the Western South Pacific Ocean. 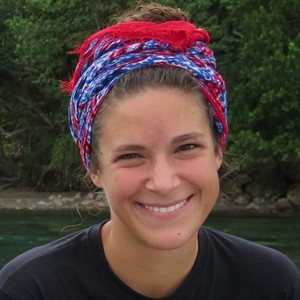