The original paper in ISMEJ is here and was the product of an interdisciplinary collaboration between several universities, national laboratories, and industry.

Hydraulic fracturing and horizontal drilling technologies have been increasingly used over the last two decades for increasing hydrocarbon production from low permeability shale formations. In this process, millions of liters of fluid containing chemical additives are injected into the subsurface at high pressure to generate fracture networks for the trapped oil and gas to escape.

Astoundingly, a low-diversity halotolerant microbial community colonizes and thrives in this deep terrestrial ecosystem, despite salt concentrations 5+ times that of seawater [1]. Halanaerobium spp. is a consistent, dominant player in the system, in part because it can ferment a wide variety of organic compounds, reduce sulfur species, and grow under high pressure and salinities [2–7]. Our research team affectionately calls Halanaerobium the “shale weed”, as dozens of strains have been cultivated from produced fluid samples collected across the U.S. despite differences in (bio)geochemistry, temperature, pressure, and engineered processes. 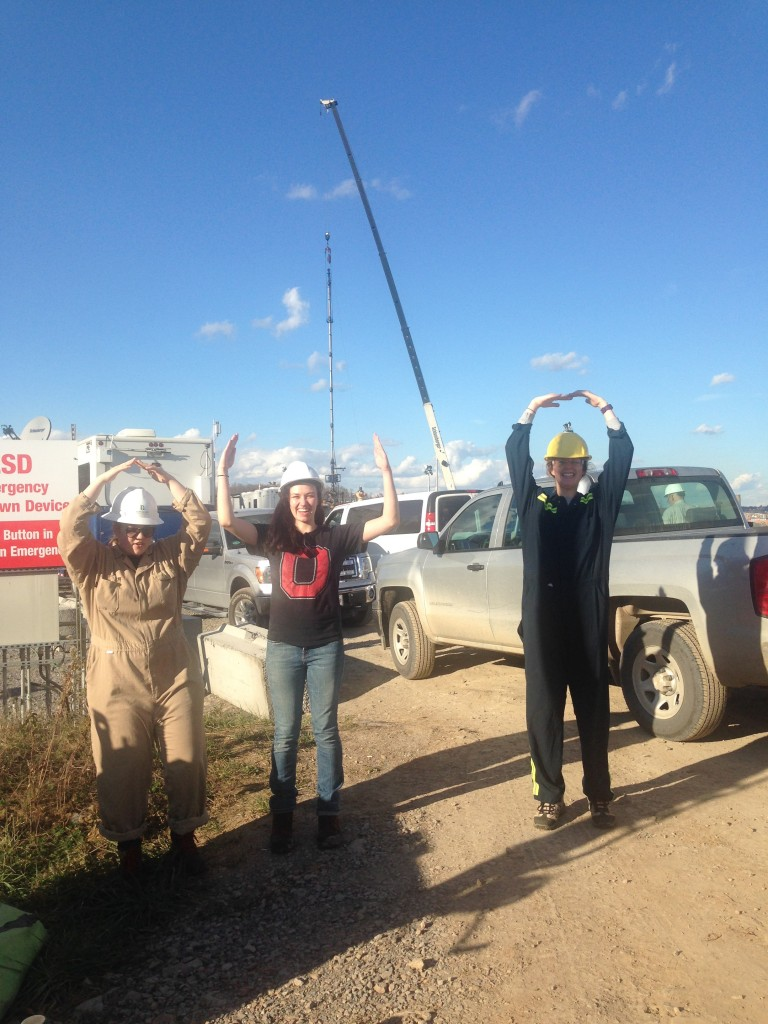 As a first year PhD student, my advisor (PJ Mouser) and I were interested in applying my chemistry undergraduate degree (B.S. from The Ohio State University (OSU)) to determine whether this “shale weed” was capable of transforming xenobiotic organic compounds used by oil and gas (O&G) industry. We focused on (poly)glycol structures, as they are widely used as crosslinkers, scale inhibitors, surfactants, and solvents in slickwater fracturing operations [8]. I will never forget that conference call during my first year of graduate school when our Duke University collaborators (G. Getzinger and P.L. Ferguson), who analyzed our Utica-Point Pleasant Formation samples on their unique ultrahigh resolution analytical instruments, explained how some glycol-containing compounds were decreasing while others were not. We knew then that something important was occurring, and we designed experiments to test if and how our Halanaerobium isolates could transform these industry-relevant (poly)glycols. To understand the fundamental mechanisms of the chemical biotransformations, we needed to employed a wide range of analytical and molecular tools and expertise, including: LTQ-Orbitrap/qTOF-MS, shotgun proteomics and metagenomics, and NMR metabolite analysis. The findings summarized in this paper show why Halanaerobium should never be underestimated in its ability to persist and dominate like a weed even in an engineered, highly saline environment!

The experiments summarized in this paper caused me to fall in love with microbiology. Today, I am a postdoctoral researcher in the Colleges of Public Health and Veterinary Preventative Medicine at OSU investigating aspects of the human and animal gut microbiome. I would not likely be here if this research hadn’t opened my eyes to the wonders and unpredictability of the microbial world. This publication would not have been possible without the contributions of our excellent collaborators and co-authors. I am immensely grateful to these fantastic researchers whose expertise spans geochemistry to proteomics, and approaches range from NMR to environmental chemistry. This research was supported by the National Science Foundation Dimensions of Biodiversity (award no. 1830742). 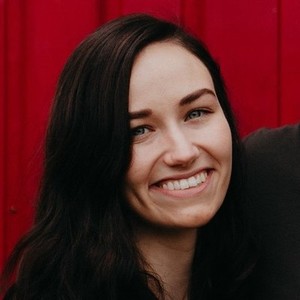 Postdoctoral researcher at The Ohio State University in the College of Public Health and Department of Veterinary Preventative Medicine. I'm interested in chemical-microbe interactions in microbiomes across environments- from oil & gas systems to the human or animal gut.
Follow