The pan-enterovirus host factor PLA2G16 is required for delivering the viral genome into the cell. We found an enterovirus strain that can bypass this factor and investigated the mechanism behind this.

Enteroviruses cause a wide range of diseases and occasionally cause severe symptoms like pneumonia or limb paralysis, but no antiviral drugs exist to combat these viruses. One of the key challenges in anti-enteroviral drug development is to find a drug that targets all of the >100 enterovirus serotypes.

Several years ago, our group in collaboration with the group of Prof. T. Brummelkamp identified the human protein adipose-specific phospholipase A2 (PLA2G16) as a host factor for all enterovirus species tested thus far and found that this protein is required for efficient delivery of the enteroviral genome into the cell1. This finding was of particular interest because enteroviruses use a large variety of different entry mechanisms and PLA2G16 was the first example of a universal host factor that facilitates entry of all enteroviruses. For this reason, PLA2G16 is one of the most promising targets for anti-enteroviral drugs.

At the beginning of this project, we actually did not plan to focus on PLA2G16. Instead, we wanted to identify the receptor of an enterovirus D68 (EV-D68) strain which does not strictly require the canonical EV-D68 receptor sialic acid2. To identify this receptor, we performed a genetic screen in a cell line that lacks sialic acids and found that sulfated glycosaminoglycans (sGAGs) can serve as alternative receptors for this EV-D68 strain. To our surprise, this genetic screen did not identify the host factor PLA2G16 as a hit, in contrast to all previous genetic screens with enteroviruses. Therefore, we decided to study why this EV-D68 strain does not require PLA2G16.

Interestingly, we found that the ability of this virus to bypass PLA2G16 depends on its choice of receptor. The virus required PLA2G16 only when infecting cells via the receptor sialic acid, but not when using sGAGs (Fig. 1). To understand why this alternative receptor allows the virus to bypass PLA2G16, we performed cryo-electron microscopy studies in a collaboration with the laboratory of Prof. Michael Rossmann. We found that the virus particles completely disassembled when incubated with sGAGs in vitro, whereas sialic acid did not have this effect. Based on these findings, we hypothesize that our EV-D68 strain can bypass the host factor PLA2G16 due to the destabilizing effect of sGAG binding.

In order to be successfully transmitted between cells and hosts, enteroviruses need to be sufficiently stable. However, when a virus particle encounters a new target cell, this stability must be abolished to ensure a successful infection. To achieve this, each virus requires a different set of destabilizing triggers, which overcome particle stability and stimulate release of the viral genome into the cell. We think that the host factor PLA2G16 represents the last in the sequence of these destabilizing triggers, and that any additional destabilization of the virus by an extra factor (such as sGAGs) could allow the virus to infect a cell lacking PLA2G16.

So, we found that it is possible for an enterovirus to bypass the host factor PLA2G16. Does this mean that PLA2G16 is less suitable as a target for antiviral inhibitors? On the contrary, although enteroviruses can become resistant to any inhibitor in one way or another, the development of drug resistance may have a fitness cost. If bypassing PLA2G16 requires a virus to compromise its own stability, it is likely that such a resistant species will be attenuated and less harmful. Therefore, an interesting question that should be addressed in the future is whether PLA2G16 independent mutants display a reduced virulence in vivo. 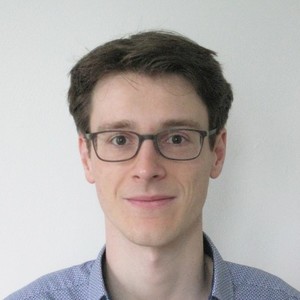