Respiratory Syncytial Virus (RSV) is the lead pathogen of lower respiratory diseases in children less than 5 years of age and is the main cause associated with bronchiolitis and pneumonia.

Globally, approximately 59.000 children die yearly from RSV infection. RSV also causes severe respiratory disease in the elderly and adult immunocompromised patients. A prophylactic monoclonal antibody is available to high-risk preterm infants, but the drug is costly and impractical for universal use. Currently, there is no licensed vaccine available and although there are good perspectives for an effective RSV vaccine the field is still open to novel and creative approaches aimed at lowering the clinical impact of the disease.

The goal of the Souza’s lab is looking for new strategies to circumvent RSV infection. Inspired by a paper published in Nature Medicine in 2014 (Trompette, et al) we started to investigate the role of Short-chain fatty acids (SCFA), produced by gut microbiota metabolites, during RSV infection.

Our first hypothesis was that the SCFA or high-fiber diet would contribute to ameliorate RSV infection reducing Th2 response. At that time, our lab was collaborating with a chemistry research group, and we were testing the antiviral activity of different compounds against RSV infection in vitro.  Then I ask myself whether SCFA could also have antiviral activity in vitro. So, I suggested to my Ph.D. candidate (Krist Helen Antunes) to perform an in vitro experiment with SCFA and RSV. To our surprise, they indeed presented antiviral activity in vitro! But, how they do this? Since the effect was presented only in pulmonary epithelial cells and not in Vero cells, we started to investigate the role of type 1 interferon on these processes.

We described a new mechanism in which SCFA, especially acetate, induced type 1 interferon response, which is important to protect against RSV disease (Antunes, et al. 2019  Nature communications). We found that the protection mediated by oral administration of acetate relies on IFNAR and GPR43 receptors. In addition, mice fed with a high-fiber diet (pectin from citrus), which induced acetate production, are protected against infection. When mice fed with a high-fiber diet received antibiotics, the protection is abolished. Interestingly, intranasal instillation of acetate also protects against the infection, suggesting that acetate could be useful as a new RSV treatment. 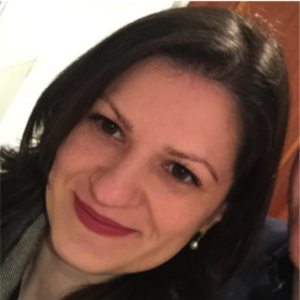