Plasmids are important in conferring antibiotic resistance in infectious diseases, but also harbor sequences that mimic self-antigens and induce or promote autoimmunity.

Infection and autoimmunity seem to be intrinsically linked. After all, the challenge for the adaptive immune system is to “educate” itself and function to control and eradicate microbes while effectively “ignoring” self-proteins. We’ve recently published work in Nature Communications implicating plasmids in the development of autoimmunity in ANCA-associated vasculitis (AAV).

Some background on this interesting but severe disease: AAV is an autoimmune disease caused by reactivity to myeloperoxidase (MPO) or proteinase 3 (PR3), both neutrophil proteins. It is life threatening, with severe glomerulonephritis causing end stage kidney failure and pulmonary hemorrhage being the commonest - and most worrying - clinical manifestations. Loss of tolerance results in autoantibodies (ANCA) that bind to, then activate neutrophils, causing them to injure microvascular beds. As a nephrologist and physician-scientist, I have worked on AAV for some years. While we know quite a bit about immune effector responses in these diseases, the mechanisms by which tolerance is lost to MPO and PR3 are unclear.

So what about infection? Well….infection has been linked with AAV since the first 1982 report of anti-neutrophil cytoplasmic antibodies (ANCA) - and evidence continues to mount that infections are important in AAV. Several mechanisms, including molecular mimicry, have been invoked – but data is lacking to the point where there are more than twice as many reviews as there are original studies in the area!

As MPO catalyzes the formation of anti-microbial hypohalous acids, it is present abundantly in immunologically “dangerous” settings. We had earlier defined an MHC Class II promiscuous immunodominant anti-MPO CD4+ T cell epitope. We then wondered whether these sorts of situations happen when this “danger” is combined with the presence of microbial sequences homologous to MPO.

Some years ago we looked at the most homologous peptides to the MPO epitope. This seemed a good place to start, but in retrospect we were a bit naïve in thinking things would be this simple. After all, many short human amino acid sequences are homologous to microbial sequences. And so it proved – although these peptides were immunogenic they did not induce cross reactivity or autoimmunity to MPO. Then we examined some peptides in Staph aureus - these were not so similar but they did share some of the critical amino acids in the MPO epitope that we had already defined. We found that one sequence within plasmids in 6-phosphogluconate dehydrogenase (6PGD) did induce T and B cell anti-MPO autoimmunity and could replace MPO in a disease model. People had antibodies to this peptide and it cross-reacted with the antibodies of some acute AAV patients. The sequence was very specific – we found that changes of only 1-2 amino acids (out of 11), as occurring in many of the common strains of Staph, abolished the cross reactivity.

Over the years, I have been lucky enough to collaborate with other colleagues who are now friends - including laboratories led by Jamie Rossjohn at Monash, Lars Fugger in Oxford and Peter Heeringa in Groningen (the location of seminal work on infection in AAV). Having defined this S.aureus 6PGD peptide, we needed some microbiology expertise, so we teamed up with Anton Peleg’s Monash lab to look at the peptide in situ in the context of plasmids and Staph. His lab helped us perform elegant in vivo experiments using Staph transduced with plasmids with and without the mimic 6PGD sequence to prove relevance in whole bacteria. Together we showed that experimentally it this particular 6PGD sequence within plasmids themselves caused loss of tolerance to MPO. As a non-microbiologist, I am especially grateful for Anton’s expertise and collaboration - it was enlightening for me and fun to work across disciplines.

Autoimmunity is complex, with multiple genetic and environmental contributions. We’ve shown a new role for plasmids in disease. We think that 6PGD mimic is one step in the pathogenesis of MPO-AAV. Although this 6PGD sequence is found across the globe, maybe our findings help explain the relatively high incidence of MPO-AAV in East Asia and the lower incidence in Europe. But without a better handle on the epidemiology of this sequence, this can only be speculation – however tempting! 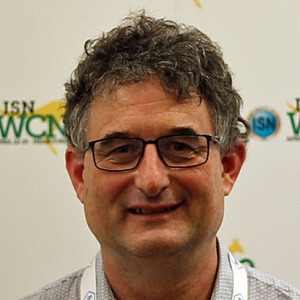