Exploring the zoonotic potential of the bat influenza viruses

In our recent paper “Entry of the bat influenza H17N10 virus into mammalian cells is enabled by the MHC class-II HLA-DR receptor”, we provide substantial evidence that the bat H17N10 virus possesses zoonotic potential.

My fascination with bat viruses began a few years ago, after attending a talk on African bats by Professor Andrew Cunningham (London Zoo). I was also inspired by the work of Professor Lin-Fa Wang (aka the Batman). Bats are important reservoirs for viruses with zoonotic potential (i.e. Nipah, Hendra, Ebola), which have already caused deadly disease outbreaks worldwide. With climate change, global deforestation and urbanisation, bat/animal/human interfaces are expanding, promoting outbreaks. The ability of bats to harbour pathogenic viruses without disease symptoms is not yet understood and shows that bats possess unique mechanisms of antiviral resistance.

During the last decade, genetic material from viruses that resemble influenza viruses (BatIVs: H17N10 and H18N11) has been discovered in asymptomatic New World fruit bats [1,2]. Influenza A viruses (IAVs) that cause the flu are known to be able to evolve, cross species barriers and cause pandemics. This discovery led to concerns that bats may be neglected reservoirs of influenza viruses. To determine whether BatIVs represent a threat to human health, we need to initially understand how BatIVs attach to receptors on the surface of the cells and enter target cells. The bat surface glycoprotein haemagglutinins have typical protein folds but lack any obvious cavity to accommodate the conventional IAV cell receptor sialic acids [2-4].

For this purpose, with the support of Nigel Temperton, Mike Skinner and Wendy Barclay, I used pseudotyped viruses, which are safe carrier viruses that have been engineered to mimic the surface of H17N10. I tested the susceptibility of more than 40 cell lines from different tissues including cells from bat, dog, pig, chicken and other species, to the amusement of my lab colleagues. The only susceptible cell lines found were the dog MDCK II cells (but not MDCK I cells). Using proteases and a N-glycosylation inhibitor, we confirmed previous studies that claimed that the putative H17-receptors are proteinaceous. This was an important finding as it allowed us to use transcriptomics to compare susceptible versus non-susceptible MDCK cells and identify the transcript(s) that encode the putative receptor(s). The only transcript that met our criteria was an orthologue of the human HLA-DR receptor. Follow-up knockdown and overexpression experiments using susceptible human hematopoietic cancer cell lines confirmed that HLA-DR is a key entry determinant of H17N10.

We are happy that our work corroborates the work of Karakus et al [5], which was focused on H18N11. Our finding not only sheds light on the understanding of BatIV host range, but also provides additional information on the evolution of IAVs. In the future, we hope to identify the virus’ transmission mechanisms and determine whether BatIVs are able to block host T-cell responses. 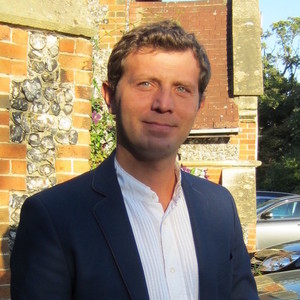 I graduated from the School of veterinary medicine (Aristotle University, Greece) in 2001, received my MSc in biotechnology in 2002 and PhD in microbiology in 2006 from the Ulster and Illinois State Universities. Since 2009, I worked in research projects in the UK and abroad and gained a broad experience in research involving animal infection models, zoonotic bacteria and viruses. Common denominators of my research are the focus on the interface of human-animal health and the use of transcriptomics technologies to answer scientific questions. I joined Imperial College London in 2012 and my current expertise is cantered on 3 overlapping themes: a) the molecular basis of pathogenesis, b) the host range restrictions, and c) the immunomodulatory abilities of avian- and bat-borne viruses. Beyond these, I am fascinated by the remarkable variation of tropisms and possible clinical outcomes that flaviviruses display, despite their high degrees of genomic similarity.
Follow