“Micro” Difference on Macro Domain: Discovery of Poly-ADP-ribosylation in Prokaryote

Our recent paper, “Structural and biochemical evidence supporting poly ADP-ribosylation in the bacterium Deinococcus radiodurans”, explores the existence of a prokaryotic PARylation machinery that may be involved in stress responses.

Macro domain is one of the best characterized protein modules that interact with ADP-ribose, the building blocks of protein poly-ADP-ribosylation (PARylation). Macro domain-containing proteins are involved in regulation of various cellular processes such as cellular signaling, DNA repair, apoptosis, and gene regulation. Our research teams started to investigate the structural properties of functionally diverse macro domain proteins from microorganisms such as viruses and bacteria since 2012. A glycohydrolase from radioresistant bacterium Deinococcus radiodurans (DrPARG) with macro domain fold has been one of our most interested targets because of its potential connections to the radio-resistance ability of bacteria. When we solved the complex structure of ADP-ribose-bound DrPARG we immediately found something interesting: the 2’-OH group was solvent accessible in the structure. This prompted us to speculate that DrPARG might process poly ADP-ribose (PAR) by endo-glycohydorlase activity and further raised another question: will there be endogenous PAR in the bacteria? Prokaryotes were previously considered being deprived of PARylation. However, we were able to boldly answer the question by detection of PAR signals in cell lysates of D. radiodurans using immuno-dot-blotting and western-blotting. Surprisingly, PAR signals accumulate and radio-resistance of bacteria was compromised when parg gene was knocked out. The results suggested the existence of PARylation in D. radiodurans and indicted DrPARG might be involved in DNA repair pathways.

When we had to prove that DrPARG possesses endo-glycohydrolase activity it really troubled us. It was difficult to analyze the products of enzymatic reaction since the fact that PARG processes PAR into mono ADP-ribose when reaction time gets longer. We develop a time-lapse detection of PAR in the reaction products employing a continuous centrifugation to separate PAR from substrate protein and combination of detecting PAR by antibody in a given period. With the help of mass spectroscopy, we were able to provide solid evidence for endo-glycohydrolase activity of DrPARG. To our surprise, we identified many candidates of bacterial endo-PARGs when we performed BLAST searches against DrPARG sequence. We speculate PARylation may be more common in prokaryotic organisms than we previously thought. The findings of our study revealed the existence of PARylation and its connection to stress responses in bacteria.  Further studies of PARylation machinery in various species of prokaryotes will provide new insights into the field. 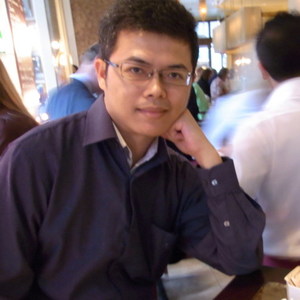