Bactender, FIX me a killer cocktail!

Bacteria use cocktails of toxic effector proteins to intoxicate and outcompete their rivals. We identified a T6SS antibacterial effector that contains a new DNase domain and an N-terminal domain, which we named FIX, that is used by bacteria to deliver various T6SS effectors into target cells.

Bactria have developed complex and efficient tools to combat their enemies. Since we are interested in developing new approaches for antibacterial treatments, we reasoned that we can learn from bacteria and harness their antibacterial tools to do so. One such source of antibacterial arsenals is the type VI secretion system (T6SS). T6SS is a multi-protein bacterial delivery system that resembles a poisoned arrow decorated with toxins that are called effectors. These effectors are aimed at either eukaryotic hosts or competing bacteria, and lead to intoxication of neighboring cells. Therefore, we figured that T6SS effectors, having the ability to intoxicate bacteria, could be a promising source for potential future antibacterial therapeutics.

Most T6SSs are encoded by large gene clusters that often include genes encoding effectors. Many effectors are also encoded outside of these large clusters, but these “orphan effectors” are the “higher-hanging fruits” as they are harder to identify. Setting out to identify new antibacterial effectors, we began by asking what would be the most straightforward approach to find new T6SS effectors outside of the main gene clusters? Our answer was to look for auxiliary T6SS operons that contain known secreted structural components of the system, as these often also contain effectors. To do so, we used TBLASTN to search the genome of the shrimp pathogen Vibrio parahaemolyticus 12-297/B. In TBLASTN, query proteins are compared against a translation of the nucleotide sequences into six potential reading frames. We preferred TBLASTN over BLASTP since we did not want to be biased by annotation algorithms that may have accidentally missed proteins. This approach led us to identify a T6SS auxiliary module containing a secreted component called VgrG (which was actually wrongly annotated as a pseudogene so would not have been detected by BLASTP), and an antibacterial effector that was not similar to any previously described toxin. After a lot of hard work, our students Biswanath Jana and Chaya Mushka Fridman found that this effector is a new type of DNase that is widespread in many bacteria and is associated with various antibacterial toxin delivery systems.

Even more exciting to us was a second domain that was hiding at the N-terminal part of this effector. This new domain, which we named FIX, is also widespread in bacteria and is strongly associated specifically with T6SSs. Remarkably, many of the FIX-containing proteins that we uncovered harbor toxin domains that are predicted to target nucleic acids. Thus, our finding suggested that FIX plays some role in the delivery of T6SS effectors into recipient cells. By attaching different toxin domains to FIX, bacteria can build a diverse effector toolbox to tackle various targets. Since not all domains fused to FIX are similar to known toxins, FIX opens the door to a new world of potentially novel antibacterial toxins to explore.

We could not have made these discoveries if not for the integration of our two complementary perspectives. On one hand the experimental, biochemical point of view that enabled the mechanistic understanding in the micro scale, and on the other hand the computational, genomic point of view that allowed us to expand the reach of our discoveries beyond a specific bacterial model system. Our collaboration, in that sense, proved synergistic. Stay tuned to learn what other effectors bacteria hide in their toolbox...

By Eran Bosis and Dor Salomon.

A bicarbonate concentrating system is important for Staphylococcus aureus’s growth 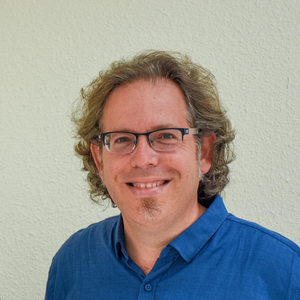