Symbionts of deep-sea mussels belong to several groups of chemosynthetic bacteria, which are horizontally acquired via sea-water filtration and harbored intracellularly within bacteriocytes in the gill epithelium. In our study, we were interested in a very specific aspect of symbiont colonization dynamics, but one which is a central question of most host-microbe associations: are symbiont strains shared across individual hosts from the same location or is the population of symbionts rather stratified within the mussel population? In other words, does each animal host represent an island-like patch of habitat partitioning the genetic diversity of the symbiont populations into individual units? From an evolutionary perspective, determining the degree of population structure is interesting, as it is a key factor determining species diversity and genome evolution.

The symbiosis between deep-sea mussels and chemosynthetic bacteria has been extensively studied since its discovery in the early 1980s1. Nonetheless, the inability to cultivate the symbionts in the lab makes their study by ‘classical’ microbiology approaches very challenging. We used high-resolution metagenomics, which allowed us to observe symbiont population diversity at an unprecedented resolution. Our ability to assess genetic diversity across the entire symbiont genome rather than just marker genes (e.g., 16S rRNA) was instrumental for our findings.

Bathymodiolus brooksi is a species of exceptionally large mussels (up to 24 cm). They also are thought to live for more than a decade, and this would give symbiont populations plenty of time to evolve within their host. The unusually long life-span of B. brooksi gave us the unique opportunity to understand how the genomes of horizontally transmitted symbionts evolve in a long-living host. In order to obtain a snapshot of the symbiont diversity at the moment of sampling, twenty-three mussels were sampled from a single cold-seep at the Gulf of Mexico under 1,100 m of seawater. We generated high quality deeply sequenced metagenomes from the symbiont-containing gills of each mussel. Just in time, a de novo strain deconvolution method appeared that allowed us to infer genome-wide strain diversity of the symbionts and explore microbial diversity at a high resolution2.

It was very exciting and also surprising to find out that, in contrast to the ‘everything is everywhere’ expectation, each mussel has its own individualized symbiont population. This means that the hosts can be viewed as islands populated by bacteria, with very little connectivity among them. This isolation also suggests that as the mussel grows, new symbiont-free gill tissue is infected by its own bacteria, rather than new bacteria from the environment (Figure 1). We could then think of the different mussel hosts as bioreactors for bacteria, where nutrients get into the system and bacteria are digested or released at a certain rate. Considering this, in addition to the long lifespan of the host, symbiont populations likely evolve within the host. Over the long term, this geographical isolation of symbiont populations is very likely involved in shaping symbiont species diversity towards the clade formation that we observe.

Horizontal transmission of symbionts is thought to enable gene flow with bacteria in the environment through recombination and horizontal gene transfer. This explains why strain diversity has been found in a number of horizontally transmitted symbiont populations, such as those that inhabit the gut of humans or honey-bees or the gill tissue of several deep-sea mussel species3–5. Our study shows that if we look close enough, symbiont populations of individual hosts are genetically disconnected, even when they are horizontally transmitted, therefore limiting the possibility for gene flow. Now the time has come to look back into the origins of metagenomics, when scientists focused on the study of populations rather than species composition6, and to combine this original approach with new sequencing technologies to resolve bacterial diversity beyond the species level.

Link to our paper: 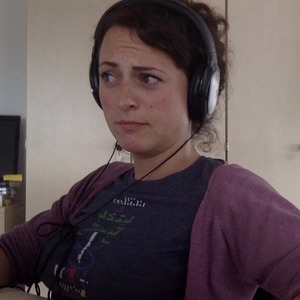