A method for experimental linking of novel viruses with their uncultured hosts has been just published in Nature Microbiology.

One important facet of uncultured bacteriophage discovery by DNA sequencing is identification of their hosts. In this study, we have developed a single-cell viral tagging (VT) method in which attachment of viruses to bacterial cells provides direct experimental evidence of connectivity without the need to culture them. While attachment may not necessarily lead to infection, VT at a minimum provides information on specific cell surface interactions between host and phage. Fluorescently labeled anonymous virions adsorb to unlabeled anonymous bacterial host cells which are then separated from free virions and non-tagged hosts via fluorescence-activated cell sorting. The DNA of the collected single host-phage particles is enriched by whole genome amplification and sequenced to establish the identities of both the host and attached virus(es).

We demonstrate single-cell VT using the faecal microbiomes of eleven healthy human volunteers. The obtained host-phage pairings were mostly subject-specific and involved previously uncharacterised viruses despite the majority of their bacterial hosts having being described. One fifth of these pairs were confirmed by multiple individual tagged cells and were consistent with computational predictions which confirms the robustness of the assay.

An advantage of single-cell VT is the ability to identify host-phage pairings which are below the detection limit of metagenomic analysis of native samples. Only one third of the obtained faecal host-phage pairings was detectable in the native microbiomes and only one sixth was detectable after one year when the sample collection was repeated. By analysing a temporal series of native faecal microbiomes obtained for all bowel movements over a two-week period we discovered that prophage induction is common in the gut and we predict limited host-phage dynamics in a healthy gut habitat which helps to maintain homeostasis.

Viruses targeting more than one bacterial species were conspicuously absent in the host-phage network obtained by single-cell VT in this study (only one phage targeting multiple bacterial genera was found), suggesting that phages are not major vectors of inter-species horizontal gene transfer in the human gut. On the other hand, when we cross-tagged phages and bacteria from four human volunteers each having a subject-specific viral profile, we found a high level of cross-reactivity between subjects. This suggests that gut phages are species- rather than strain-specific given bacterial strain-level differences commonly found among human subjects, which has implications for faecal microbiota transplant therapy. If phage attachment progresses to infection, the FMT recipient’s bacterial community composition may be perturbed. By mapping the host-phage network in the human gut via single-cell VT, it may be possible to predict many of these potential interactions ahead of the FMT treatment in order to refine the procedure. In addition, single-cell VT could be used to improve identification of host-phage connections in the context of disease. 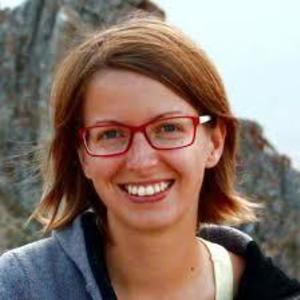