Smart strategies of iron acquisition and utilization in a bacterial biofilm

In this study we showed an adaptive strategy for Bacillus subtilis to utilize large amounts of ferric iron. We also characterized two distinct roles of iron in promoting B. subtilis biofilm formation.

Bacillibactin is a catechol siderophore that binds iron with an extremely high affinity. It is produced by the soil bacterium Bacillus subtilis to allow efficient iron acquisition. Bacillibactin biosynthesis relies on a five-gene operon (dhbA-F) encoding enzymes that carry out four sequential reactions converting 3-chorismate to bacillibactin. Our first puzzle in this study was from the investigation of the role of bacillibactin in B. subtilis biofilm formation. We found that a mutant(ΔdhbA) deficient in bacillibactin biosynthesis showed a very strong biofilm defect, while another mutant(ΔdhbF) deficient only in the last step in bacillibactin biosynthesis by converting 2,3-dihydroxybenzoate (DHB) to bacillibactin, did not exhibit any biofilm defect. This result indicates that rather than the final product bacillibactin, the precursor DHB plays an essential role in biofilm formation. DHB can also act as a siderophore albeit at a lower iron binding affinity. However, compared to bacillibactin, using DHB for iron acquisition costs only a fraction of the energy, which will be advantageous when iron is not severely limiting in the environment.

Iron is an essential element in nearly all living organisms. Iron plays key roles in various biological processes in bacteria. What surprised us was that B. subtilis biofilm formation demands iron at a level thousands-fold higher than needed for normal growth. So, the questions are why biofilm formation demands such large amounts of iron and what roles does iron play. We eventually came to the conclusion that iron has two distinct roles in promoting biofilm formation. In one, elevated amounts of iron were taken into cells to boost respiration and establish strong membrane potential, a key to B. subtilis biofilm formation for still unclear reasons. The second role of iron in biofilm formation was uncovered when we attempted to measure iron concentrations in the biofilm. Large amounts of iron in the biofilm media were depleted overtime in biofilm formation. Surprisingly, large amounts of iron were not found in the cells. So where did they go? They were found associated extracellularly with the biofilm matrix. We provided a working model to explain our hypothesis: cells in the bottom biofilm might be limited to oxygen and might use extracellular iron rather than oxygen as electron acceptor for respiration. We collaborated with Prof. Kehui Cui (Huazhong Agricultural University, China) and Prof. Wei Qiao (China Agricultural University, China) for measurement of oxygen and redox potential within the biofilm. The results confirmed our hypothesis that in the bottom of biofilm, cells had difficulty in access to oxygen and performing oxidative respiration, yet redox reaction was still happening. This indicates that electron transfer happens in the bottom of the biofilm.

In this study, we described an adaptive strategy for B. subtilis to utilize large amounts of ferric iron in the media by producing a siderophore precursor, DHB, instead of bacillibactin. We also characterized two distinct roles of iron in promoting B. subtilis biofilm formation. The most interesting idea in this study is probably the use of extracellular iron for energy generation in a bacterial biofilm. One remaining question in this study is why membrane potential is so important to B. subtilis biofilm formation. 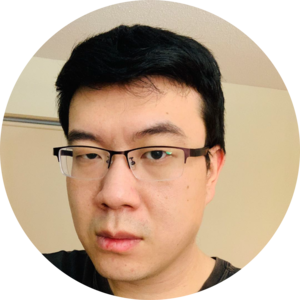