The coordination between RNA polymerase and ribosome in bacteria

During the last year of my graduate stage in 2016 at Peking University, I had been struggling to publish my first Nature Microbiology paper (a giant paper with a 60-pages supplementary file) [1]. In that work, we investigated the quantitative principle of the coordination between growth rate and the protein translational capacity of E. coli under a broad range of growth conditions. Although mRNA transcription was not involved in that study, I began to think about the issue of transcription-translation coupling, a seemingly well-established notion for the gene expression process of prokaryotic cells. The coordination between transcription and translation had already been visualized half a century ago under electron microscopy: a trailing ribosome closely follows the elongating RNA polymerase (RNAP) during gene expression. The speed of ribosome and RNAP matches well with each other under various growth conditions. A leading model to account for this phenomenon is the ribosome-pushing-RNAP model: the trailing ribosome could effectively push the elongating RNAP by inhibiting the spontaneous backtracking of the latter, thereby matching the speed of RNAP with ribosome in many growth conditions [2]. In another word, the maintenance of RNAP elongating speed requires the assistance of ribosome. A series of recent biochemical and structural biology studies have further shown that the trailing ribosome has direct or indirect interaction with RNAP [3-7], providing evidences of a physical mechanism of the ribosome-RNAP coupling.

At that time, I felt a bit not that convinced of the ribosome-pushing-RNAP model due to two reasons. First, Proshkin et al [2] used a sublethal dose of chloramphenicol to slow translational elongation speed and observed similar drop of transcriptional elongation speed. However, in my first Nature Microbiology paper [1], we found that various ribosome-targeting drugs including chloramphenicol did not cause slow-down of ribosome elongation, and instead, they function through reducing the fraction of actively translating ribosomes (we tried a lot of growth conditions and obtained the same conclusion). Second, the RNA polymerase can transcribe the non-translating ribosomal RNA (rRNA) at a very high speed, 90-100 nt/s, being much faster than the mRNA transcriptional speed (30-50 nt/s) [8]. This evidence suggests that the RNAP has a very high intrinsic moving speed. Then it seems counter-intuitive that RNAP requires ribosome to maintain its speed during transcribing mRNA. In March 2017, my wife (Dr. Manlu Zhu, the first author of this paper) and I obtained the faculty positions and established our own lab at Central China Normal University (CCNU). We skipped the postdoc stage, which we think was a big gambling at that time (we had a very hard time to find a suitable PI position due to the lack of postdoc experience). But we had a long to-do list including many interesting projects in mind and could not wait to play by ourselves. We began to investigate the issue of transcription-translation coordination shortly after we moved from Beijing to Wuhan, China. Professor Terry Hwa, who was our supervisor during our 2-years visit at UCSD (We did the work of Dai et al 2016 Nature Microbiology at Hwa Lab [1] from 2013 to 2015), had also been invited to participate into this project.

A technical challenge is to find a way to quantify the transcriptional kinetics of E. coli. Traditional radioactive dot-blotting assay (a northern blotting approach) is complicated, hazardous and has low resolution. The single-cell fluorescence in situ hybridization (FISH) is cool but requires single-cell microscopy platform, and the fluorescence probe is very expensive for a new established lab. We then tried qRT-PCR and it did work quite well. We confirmed the fact that transcriptional and translational elongation speed did match well with each other under various nutrient-limited conditions. The first key experiment in this project is to study the effect of fusidic acid on transcriptional elongation speed. Unlike chloramphenicol, fusidic acid is known to cause substantial slow-down of ribosome elongation speed. The result was awesome: the transcriptional elongation speed of E. coli was maintained during fusidic acid treatment, suggesting the occurrence of transcription-translation dissociation. This result strongly supports that ribosome is not required to maintain the speed of RNAP. This conclusion was further reinforced by the fact that transcriptional elongation speed is also maintained during nonsense mutation where translation is completely absent. The second important point is that we were able to quantitatively capture substantial Rho-mediated transcriptional premature termination (PTT) in cases where transcription-translation coordination is disrupted (e.g. antibiotics treatment and nonsense mutation). The PTT effect could be related to the reduction of active ribosome fraction during antibiotic treatment (a major point of Dai et al 2016 Nature Microbiology [1]). The last important point is that we found (p)ppGpp is involved in maintaining the transcriptional-translational coordination under various nutrient-limited conditions.

Link of the paper published in Nature Microbiology: 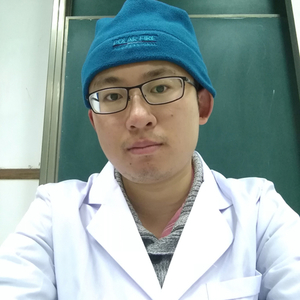 I work at the School of life sciences, Central China Normal University as a principal investigator of Quantitative and Synthetic Microbiology. I am interested in elucidating the basic design principle of microbial cells, including coordination of protein translation capacity, ribosome synthesis, RNA transcription with cell growth; bacterial cell size and cell cycle regulation; in vivo action mode of antibiotics; bacterial stress response and the role of water in regulating bacteria physiology. The ultimate goal, as I pursue, is to elucidate the intrinsic constraint of growth rate of microbial cells.
Follow