Ancient dental calculus can be used to study host-microbiome coevolution through deep time, and in this emerging field we need to explore the limits of what this substrate can tell us

Ancient dental calculus is an exciting material with which to study microbial and host-microbiome evolution. Dental calculus forms when dental plaque calcifies during a person’s lifetime. Once calcified, it becomes rock-hard and can preserve for thousands or even tens of thousands of years along with a person’s skeletal remains. Because tooth brushing and flossing are common today, calculus (also called tooth tartar) is seen much less frequently than it was in the past, which makes comparisons of archaeological and modern dental calculus challenging. Instead, scientists typically compare the biofilm community of ancient dental calculus to that of modern dental plaque - however, we have noticed some stark differences.

Ancient dental calculus used in this study on teeth prior to sampling.

For one thing, the bacterial communities of ancient dental calculus appear to be much more “pathogenic” than those of modern dental plaque. Species that are strongly associated with oral diseases such as gum disease (Porphyromonas gingivalis, Treponema denticola, Tannerella forsythia) are uncommon in plaque from modern, healthy teeth, but they are prevalent and highly abundant in ancient dental calculus, even from healthy teeth. This curious inconsistency led us to ask why ancient people seem to have carried presumed pathogens without more cases of oral disease, and if there was perhaps something we were missing in our comparative datasets. We decided to investigate this question and published the results in our study“Microbial differences between dental plaque and historic dental calculus are related to oral biofilm maturation stage”.

Dental plaque biofilm contains multitudes of microbes including bacteria, archaea, and viruses, as well as DNA, proteins, and metabolites from the microbes and the host.

To understand why bacterial communities of dental calculus and dental plaque differ, we first turned to the extensive studies of oral biofilm formation. Developmental stages of dental plaque are characterized by changes in the presence and abundance of species, with young biofilms and mature biofilms having distinct species differences. We found that the ancient dental calculus microbial communities resemble mature plaque biofilms, which take days or weeks to develop and are therefore not common in people who brush their teeth regularly. This mature biofilm is what calcifies into calculus, so we compared community profiles of ancient and modern calculus and modern dental plaque.  We confirmed that ancient and modern dental calculus have microbial profiles much more similar to each other than to dental plaque. So the curious differences we see are in fact a biologically normal phenomenon. Without this basic knowledge, we could easily draw erroneous conclusions about bacterial pathogens and host susceptibility to disease in ancient populations.

Changes in the microbial biofilm community over time and how this relates to changes in disease prevalence needs to be carefully teased apart.

However, we didn’t stop there. Dental calculus preserves DNA, proteins, and metabolites from the biofilm and host, so we explored the potential to use several levels of biological activity in one substrate to study microbiome-host evolution. We extracted a broad range of bacterial proteins, as well as an array of host proteins mostly related to the immune response. Using metabolite data that we published earlier, we looked for correlations between the protein and metabolite profiles. Bacterial virulence factor proteins were usually detected in samples where the species that produce those virulence factors were highly abundant, indicating that further exploration of DNA-based species profiles and proteomics may reveal relationships between species presence and protein expression. Additionally, there seems to be good preservation of bacterial membranes, with high correlations between bacterial membrane lipids and membrane-associated proteins, suggesting bacterial cells remain relatively complete and partially intact. Future dental calculus studies could use this characteristic to conduct cell-based analyses. 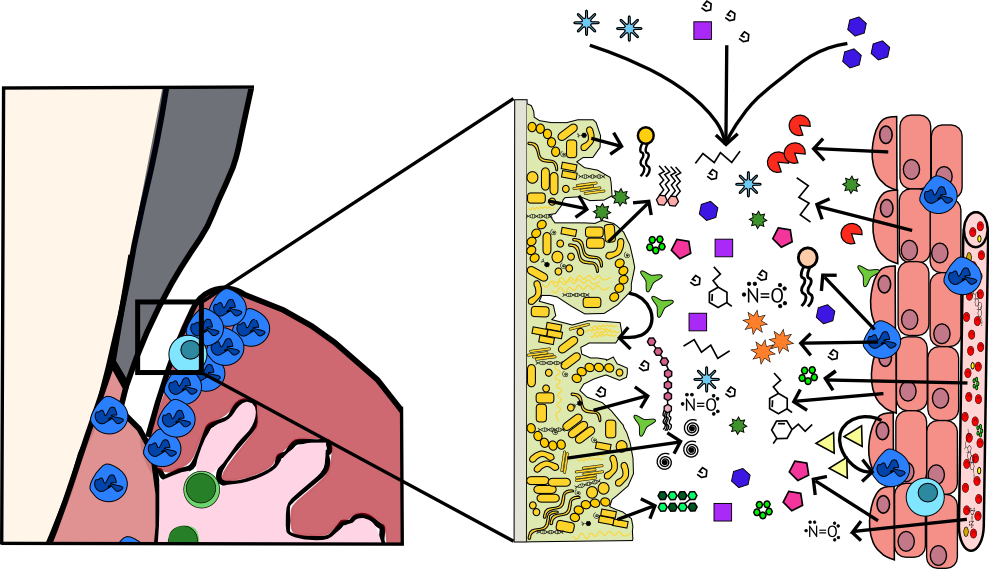 Dental plaque can trap metabolites from biofilm microbes, saliva, and host tissues, and preserve them in dental calculus.

Why the bad is not always bad 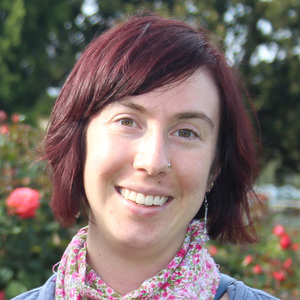