Elucidation of the molecular mechanism that restricts Carbapenem diffusion in a resistant OmpK36 isoform and confers a fitness disadvantage in murine pneumonia.

Klebsiella pneumoniae typifies a successful modern pathogen. It thrives in the nosocomial niche, colonising and causing invasive disease in hospitalised patients. Antibiotics are the cornerstone of therapy in K. pneumoniae sepsis and we rely heavily on a class called Carbapenems. Previous waves of antimicrobial resistance have rendered other antibiotics ineffective (e.g. 3rd generation cephalosporins and extended-spectrum beta-lactamases (ESBLs)) leaving Carbapenems as fundamentally important last-line agents. Carbapenems have been a victim of their own success; they exhibit a broad-spectrum of antimicrobial activity, they remain effective in the face of common Gram-negative bacterial resistance mechanisms (e.g. ESBL and AmpC expression) and have a good side effect profile. However, as has been seen since the inception of targeted antibiotic chemotherapy in humans, resistance has emerged and acquired Carbapenem resistance in K. pneumoniae is rapidly increasing in prevalence1.

Resistance is mediated by two synergistic mechanisms that are genetically distinct (Figure 1). First, carbapenemases abrogate drug activity by Carbapenem hydrolysis in the periplasm. These enzymes are most commonly encoded on large self-transferable plasmids2. In tandem, modification (usually loss) of chromosomally encoded outer-membrane porins has occurred. These porins function as non-specific channels and are embedded in the otherwise impermeable outer membrane and ensure the influx and efflux of nutrients and waste metabolites respectively3. Hydrophilic drugs, like Carbapenems enter via this route and therefore modification of these proteins can alter their diffusion. Small amounts of drug that can enter the periplasm are efficiently hydrolysed and inactivated by carbapenemases.

The two major porins in K. pneumoniae are OmpK35 and OmpK364. In our paper, we study a common combination of mutations in these proteins from a globally successful Carbapenem-resistant sequence type, ST2585. We set out to answer two overarching questions. Firstly, what effect do these proteins have on the level of Carbapenem resistance and how do these mutations achieve this? Secondly, do these mutations benefit Klebsiella during infection, or are they neutral with respect to virulence as has been suggested for mutations in other successful antibiotic resistant bacteria?6

To answer these questions, we generated a series of K. pneumoniae strains where the OmpK35 and OmpK36 sequences from a lab strain were sequentially replaced with those from an ST258 strain. This revealed that the ST258 porins increased resistance to Carbapenems. The OmpK35 mutation had a straightforward explanation- the protein is truncated and therefore the pore cannot not be formed. The resistance conferred by OmpK36ST258, posed a more interesting question as the sensitive isoform is very similar to the resistant form. The crystal structure provided the answer, a two amino acid (Glycine-Aspartic acid) insertion at the constriction point in the pore (extracellular Loop 3), reduced the pore diameter, retarding the diffusion of antibiotics (Figure 2). Removing the two amino acids from the resistant isoform reversed Carbapenem resistance and inserting them into the sensitive isoform generated a resistant phenotype.

We answered the second question by delivering these strains into the lungs of mice. Strains expressing the resistant isoforms were able to cause infection indistinguishable from sensitive K. pneumoniae. However, when we competed strains expressing sensitive and resistant porins against each other the sensitive isoforms always out-competed the resistant ones. This suggested a significant disadvantage resulting from changes to the porins that increase Carbapenem resistance. This is contrary to the existing theory that traits conferring resistance to successful antibiotic resistant clones have no fitness cost. These findings are important as they not only shed light on a poorly elucidated aspect of K. pneumoniae infection biology, but also support continuing strategies that aim to both limit the excessive use of antibiotics and employ narrow spectrum agents in clinical practice when possible7. 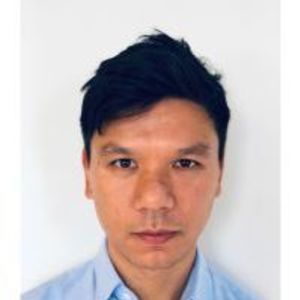