What are we missing? Comparing the immunoproteomes of enterotoxigenic E. coli infected and vaccinated hosts can yield insights for rational vaccine design.

Enterotoxigenic E. coli cause hundreds of millions of infections annually. As infections provide protection, comparing immune responses of infected volunteers to those immunized with a live-attenuated vaccine of limited protective efficacy can guide optimal vaccine development.

Enterotoxigenic Escherichia coli (ETEC) are a very common cause of diarrheal infections in low-middle income countries where these genetically diverse pathogens largely threaten young children under five years of age. Typically, after multiple bouts of diarrheal illness children appear to be immune to these infections, and by 24 months of age the rate of symptomatic diarrhea due to ETEC declines1.  Similarly, following controlled human infection with ETEC H10407 (a strain originally isolated from a patient in Bangladesh with severe cholera-like diarrhea), re-challenge of volunteers results in robust protection against diarrheal illness.

Currently, there is no licensed vaccine to prevent these infections. Most of the effort to develop ETEC vaccines has centered around surface structures known as colonization factors (CFs). However, because CFs are antigenically diverse most ETEC vaccines in development have attempted to encompass multiple CFs to achieve broad coverage. This was the rationale behind the engineering of ACE527, a live attenuated vaccine comprised of three different ETEC strains developed in the UK by Acambis2.

In May of 2011, at a wonderful meeting in Norway hosted at the University of Bergen by Halvor Sommerfelt, there was some discussion about the performance of the ACE527 vaccine and how it compared to the results of H10407 challenge/re-challenge studies, and it was suggested that using protein microarrays might be a useful way to discern differences in the immune responses triggered by infection compared to the live-attenuated vaccine. We had developed early pilot arrays with JCVI using ETEC genome data generated by David Rasko at Maryland, that provided just enough early data to suggest that this approach might be promising. Fortunately, Lou Bourgeois and Dick Walker from the PATH Enteric Vaccine Initiative (EVI) were also present at the meeting, and after a subsequent meeting at the Gates Foundation funding was set aside to develop ETEC protein microarrays with a consortium of investigators from Cambridge, UK; University of Maryland, Johns Hopkins, EVI, UC Irvine, Antigen Discovery, and Washington University in Saint Louis.

Once constructed, we turned our attention to archived H10407 challenge/re-challenge samples. As none of the volunteers re-challenged with H10407 developed significant diarrhea3, we reasoned that the responses of these volunteers could provide important immunologic benchmarks for testing vaccines. Notably, these studies demonstrated that the volunteers responded not only to canonical vaccine targets including CFA/I, but also other surface antigens that were not intentionally targeted in vaccines4.

Samples from the ACE527 vaccine clinical trials proved to be an interesting comparison as despite robust responses to the canonical vaccine antigens (6 CFs and the B subunit of the heat-labile toxin) targeted in the vaccine, this vaccine had performed relatively poorly without additional adjuvant (protective efficacy ~27%) when volunteers were challenged with H104075. The results reported here https://rdcu.be/bPKwd provide some potential insight as to what might missing from the vaccine relative to wild type ETEC. The hope is that inclusion of non-canonical proteins inadvertently deleted during vaccine construction will translate into a more effective and broadly protective vaccine. 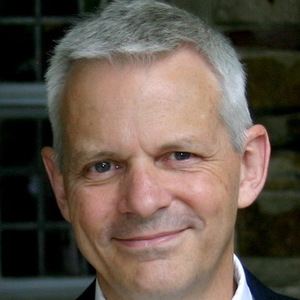