Viruses are obligate intracellular parasites that can replicate only inside a living cell. The cellular antiviral response to a virus is critical to determine the outcome of the infection, but viruses deploy a variety of strategies to contrast the antiviral response in order to replicate. In our Laboratory of Molecular Virology at the ICGEB - International Centre for Genetic Engineering and Biotechnology (www.icgeb.org) - we study how the virus replicates in the cell and how the cell responds to the infection. We do so for viruses that cause serious illness in humans, particularly in resource limited countries because the mandate of our International organization is to address diseases of our Member States in order to provide benefit in terms of biotechnology approaches such as vaccines, antiviral treatments and diagnostic devices.

Flaviviruses are widespread human and animal pathogens that include well-known tropical viruses such as Dengue, Yellow fever, Zika, Japanese encephalitis and West Nile, while Tick-borne encephalitis virus (TBEV) is the most relevant member endemic in Europe. We discovered previously that the cellular antiviral response is delayed following infection and that these viruses are capable of hiding their replication in intracellular vesicles of the endoplasmic reticulum (ER). In order to understand the early events that take place following infection we investigated the genes activated during this lag phase. We found that a cellular pathway that is activated early following infection is the unfolded protein response (UPR) to ER stress. Chemical inducers of the UPR were shown to trigger an early antiviral response that was common to all flaviviruses tested, opening the way to novel antiviral drugs. Molecular dissection of the pathway further reinforced the notion that flavivirus infection leads to membrane rearrangements and UPR activation, which primes the innate immune antiviral signalling of the cell. In other words, the UPR acts as an early danger signal that alerts the cell when something is going wrong. The cell is therefore more ready to act promptly with the right defences against the infecting agent.

As for most fundamental discoveries, there are more questions than answers and we are actively involved in addressing them. How does the virus activate this pathway? What are the cellular effectors of the antiviral signalling, and how do they work? How can we exploit this pathway for antiviral drug discovery? Furthermore, this could be a more general mechanism that could impact other infectious diseases and also autoimmunity. 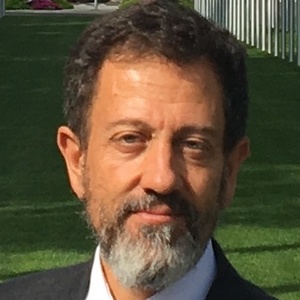