Happy in extremes: horizontal transfer of ATPase genes supports the rate-limiting step of the global N cycle under acid and high-pressure stresses

We show that the acquisition of energy-yielding ATPase operons via horizontal gene transfer supports the colonization of Thaumarchaeota into acidic soils and high-pressure hadal marine environments, demonstrating a link of these functional genes to the global N cycle.

Figure: Horizontal transfer of the atp operon among Thaumarchaeota and other archaeal phyla. (a) Schematic representation of a phylogenetic tree of the four (super)phyla within the domain Archaea. Putative HGTs of the atp operon are represented using dashed lines between braches of the tree. ‘Thermoplasma’ represents Thermoplasmatales, ‘Mars’ represents Marsarchaeota, ‘A-Micr’ represents acidophilic Micrarchaeota, ‘Parv’ represents Parvarchaeota, ‘Npu/Nta’ represents Nitrosopumilales and Nitrosotaleales, ‘Nph’ represents Nitrososphaerales, and ‘Ncd’ represents Nitrosocaldales. Red squares represent V-ATPases among acidophilic Thermoplasma/Mars/AOA/A-Micr/Parv, and orange squares represent V-ATPases among Halo/Nanohalo. (b) HGT of the atp operon coupled with adaptive radiation of Thaumarchaeota. The dashed branch of acidophilic Nitrosotenuis was added based on the retrieval of amoA genes from acidophilic geothermal sites but no culture or metagenomic information is available for these ammonia-oxidizers (PLoS ONE 2013; 8(11): e80835). The red bars and squares represent V-ATPases acquired by HOT, the blue bars and squares indicate A-type ATPases inherited from the common neutrophilic ancestor of Thaumarchaeota or acquired from other neutrophilic Thaumarchaeota by HOT. The star symbol indicates that hadopelagic AOA contain both A- and V-ATPases.

Microbes are considered the engine that drives Earth’s biogeochemical cycles and makes the planet habitable. Ironically, the vast diversity of the microbial engine remains elusive and has been named “microbial dark matter”. The discovery of Thaumarchaeota in past decades reflects perfectly how one part of this unknown dark matter was taxonomically identified, functionally recognized, and evolutionarily appreciated.

Landmark studies in 1992 by Jed Fuhrman and Edward DeLong revealed vast numbers of Thaumarchaeota (once-termed uncultured Crenarchaeota) in cold oxic ocean waters. It was not until 2005, however, that David Stahl discovered that Thaumarchaeota function as ammonia oxidizers. We now recognize that ammonia-oxidizing archaea (AOA) perform the rate-limiting step in the global N cycle because of their exceptionally high abundance and universal presence. This raised the question of how AOA are able to live in almost every corner of the planet, i.e., what is the mechanism that enabled the range expansion of AOA from ordinary mesophilic habitats to extreme environments, such as acidic soils and the 10,000 m-deep oceanic abyss.

Traditional studies have been focused on the biomarker amoA genes because AOA appear to rely solely on the energy from ammonia oxidation catalyzed by ammonia monooxygenases; however, the energy is actually generated by an integral membrane ATPase via a proton motive force (PMF) that is formed by electrons transferred during ammonia oxidation. This led Baozhan Wang to propose that ATPase could be a key factor in the success of AOA in acidic soil, and Qin Wei started to explore the genetic secret that enables AOA to dive down into the deep dark ocean. We used our expertise to circumvent the cultivation difficulty of AOA by stable isotope probing of nitrifying acid soils. By coupling 15N-tracing techniques to characterize the acid-loving lifestyle of AOA in acidic soils with 13CO2-stable isotope probing to enrich for AOA genomic DNA, we obtained three metagenome-assembled genomes (MAGs). By comparing these three MAGs with all known AOA genomes, we found that the presence of vacuolar-type (V-type) ATPases could be the key for AOA expansion into acidic or high-pressure environments.

The known AOA from acidic soils contain only V-type ATPase operons, whereas only A-type ATPases are present in AOA solely from neural and alkaline soils. Similarly, A-type ATPase are detected in AOA from epipelagic oceanic water and V-type ATPase appear in AOA of the deep ocean. The ability of V-ATPases to pump excessive cytoplasmic protons at low pH has been experimentally verified by heterologous expression of atp operons in E.coli at low pH and the growth of A-type ATPase-carrying AOA is inhibited by high pressure. In addition, phylogenomic analysis of 50 AOA and 158 archaeal genomes suggested that horizontal transfer is associated with the adaptive radiation of Micrarchaeota, Parvarchaeota and Marsarchaeota into acidic environments. We speculate that the acquisition of V-ATPase enabled the successful colonization of AOA into acidic and high-pressure habitats about 7 or 11 million years ago; however, we believe that horizontal transfer of ATPase operons cannot be the only force driving habitat expansion of AOA and more sophisticated assays in situ and/or in vitro are needed.

Ammonia-oxidizing Thaumarchaeota appear to live the simplest lifestyle among all known Archaea by obtaining energy from ammonia oxidation while assimilating CO2 for carbon source. Thus, AOA could serve as model organisms to investigate the origin of microbial diversity on Earth, and our study provides an important example of how horizontal gene transfer may spread evolutionary success across phylogenetically distant organisms, enabling the recipient to conquer once uninhabitable habitats. We anticipate our findings to be a starting point for reconstruction of the ecological and evolutionary history of ammonia-oxidizing Thaumarchaeota and lead towards a better understandings of the global N cycles of our planet. 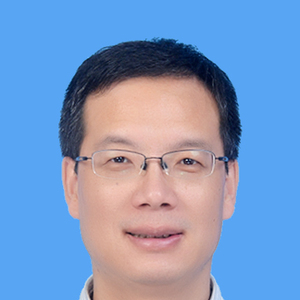