Mycobacterium tuberculosis (Mtb) is the number one pathogenic killer world-wide, causing over 1.6 million deaths in 2017. Identification of novel enzymatic pathways susceptible to small-molecule inhibition is essential for developing novel drugs. We decided to look at whether or not amino acid biosynthesis might be a promising space for identifying anti-mycobacterials to treat chronic infections. To answer this question, we chose to focus on the aspartate pathway in Mtb. This pathway is responsible for the biosynthesis of methionine, lysine, threonine, and isoleucine, as well as intermediates important in cell-wall biosynthesis and one-carbon metabolism. Further underscoring its promise in drug development is the lack of a homologous pathway in mammals.

The use of simple genetic deletions quickly demonstrated that loss of the biosynthesis of methionine (∆metX, previous work), threonine (∆thrB), or both (∆thrA) was bactericidal in vitroand prevented infections in both immunocompetent and immunocompromised mice. However, tuberculosis is rarely diagnosed within the first few weeks of infection and so drugs that inhibit enzymes only required during acute infection serve little purpose in the real-world. To determine the aspartate pathways role in chronic infection, we employed a genetic tool known as the tetracycline-inducible dual-control (DUC) system conditional knockdowns, which allowed us to selectively disrupt expression of aspartate pathway genes at various time points during mouse infections by adding doxycycline to their chow. Astonishingly, we found the inhibition of methionine (∆metX-DUC) or methionine and threonine (∆thrA-DUC) led to almost complete bacterial clearance whether knockdown occurred after 0, 1, 3, or 6 weeks of infection. Prior to this observation, it was unclear if amino acid biosynthesis pathways are essential during chronic infection. This finding also builds on previous work showing that, unlike many other bacteria, Mtbis incapable of scavenging essential nutrients in vivo(now including amino acids).

We had convinced ourselves that the aspartate pathway, and amino acid metabolism, presented good drug targets. We then turned our efforts to understanding the molecular mechanisms underlying this pathway and the effects of its inhibition. Metabolomics proved very useful in this regard. We quickly discovered that, along with simple disruption of proteinogenic amino acid production, inhibition of the aspartate pathway caused a variety of deleterious effects. In particular, the loss of threonine (∆thrAor ∆thrB) in the cell caused deregulation of the aspartate pathway as a whole leading to accumulation of homoserine, lysine, and lysine’s catabolic metabolites, in particular aminoadipate, both intracellularly and extracellularly. Our initial work on this suggests that high intracellular levels of homoserine and lysine are likely toxic to Mtb. Lysine accumulation is the consequence of a missing lysine – aspartate kinase (AK) feedback loop in Mtbthat normally regulates flux through this pathway in the majority of prokaryotes. We subsequently traced the export of lysine to the membrane protein LysE, a lysine-arginine co-exporter, by measuring the MIC of toxic amino acid analogs of lysine and arginine in strains with and without LysE. Hence, Mtb compensates for a missing lysine-AK feedback loop by exporting lysine via a dedicated lysine/arginine permease LysE and degrading lysine to aminoadipate via a mycobacteria specific catabolicpathway. Interestingly, this accumulation of lysine and its catabolites is also seen in Mtbduring persistence, when bacterium is metabolically dormant and resistant to most drugs. This finding suggests a possible role for aspartate dysregulation in persistence. Accordingly, we have proposed a working model for the effects of pathway disruption via threonine auxotrophy.

Our study thus supports the hypothesis that, at least in the case of the aspartate pathway, amino acid metabolism is essential for acute and chronic infection of Mtbin mammals. Furthermore, chemical disruption of multiple different enzymes in this pathway appears to be a viable approach to clearing Mtbinfection. We believe that future work in this area should focus on: (1) screening and developing drugs that inhibit aspartate pathway enzymes, and (2) exploring the role that dysregulation and lysine accumulation might play in persistence. 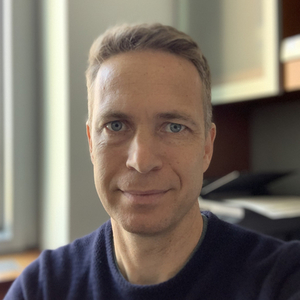