In this study we found that natural diets promote retention of the native gut microbiota in captive rodents.

There are many reasons why animals live in artificial conditions: that is, outside of their natural habitat. A typical example are the colonies of rodents used as models in laboratories for scientific research.  Similarly, zoological gardens or animal shelters house animals for different purposes such as reproduction, recreation, or conservation. For several animals, living in captivity is the only alternative left for the species survival. Although captivity serves an important purpose, these artificial conditions induce significant changes in the animal life-style. We knew that captivity alters the gut microbiome of animals; however, little was known about the factors associated with captivity that modify microbial communities. Because diet is a main driver of the gut microbiome in mammals including humans, we hypothesized that recreating the original wild diet of an animal in captivity would help to retain its native microbiota. In order to test this hypothesis, we selected an herbivorous rodent that our lab at the University of Utah has been working extensively with: the white-throated woodrat (Neotoma albigula).

Individuals of this species inhabit desert areas of the southwestern USA, where they consume high amounts of cacti, in particular Opuntia. These animals are highly skilled for handling and removing cactus spines.  The woodrat’s preference for Opuntia cacti allowed us to easily recreate the natural diet in laboratory. We found that provisioning the wild diet of Opuntia cacti to captive woodrats significantly improved retention of their native microbiome in laboratory conditions.  These results indicate that drastic changes in dietary regimes are mainly responsible for gut microbial community shifts observed in captive individuals. We speculate that these same dietary effects are experienced by other captive animals. Our results have important implications for conservation of native microbial communities of animals living in artificial environments. For example, based on our results, scientists or zoo keepers could implement programs to restore wild microbiomes of species in captivity through supplementation of diets from nature.

This project provided a terrific opportunity to bring together distinct areas of biology for building an integrative study on the animal gut microbiome: we implemented techniques used by field mammalogists, such as trapping rodents in their natural habitat; we conducted experimental and laboratory work; and we applied bioinformatic analyses for creating microbial inventories and assessing microbial change. We consider this integrative research of field and laboratory components important in exploring factors shaping animal microbial communities. As a final note, we cannot avoid mentioning that handling cacti was a bit of a challenge, resulting in several members of our group finding spines in their clothes long after the experiment was over. An annoying outcome, but certainly worth it! 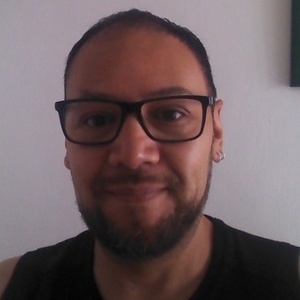