’I’ve noticed something unusual with the typhoid toxin’. These were the words of my then PhD student, Angela Ibler, in November 2016 just weeks after moving our laboratory to our new home at the University of Sheffield. ‘I’ve been playing with the microscopes here at the Wolfson Light Microscopy Facility. Have a look at these images…’. I take a look and instantly know we’re onto something: ‘What on earth are those rings?’. These images kick-started our journey unravelling a non-canonical DNA damage response induced by the typhoid toxin of Salmonella Typhi, which we call the RING phenotype, for obvious reasons, just check out the images showing cells with donut-shaped rings of DNA damage.

Typhoid fever is one of our oldest killers and scientists have puzzled over the disease mechanisms for generations. In the early 19th century, typhoid was just one of a group of diseases simply referred to as fever but, in 1829, the French pathologist Pierre Louis coined the term ‘typhoid fever’, which marked a starting point for scientists to begin unlocking its secrets. Our article in Nature Communications (doi:10.1038/s41467-019-12064-1) adds to the list of discoveries on typhoid by revealing a new virulence mechanism of the infectious agent Salmonella Typhi. We found that the typhoid toxin accelerates cellular ageing through senescence, which drove Salmonella infections of human host cells. Despite the efforts of researchers past and present, typhoid remains a global health problem causing 11 million cases of typhoid and more than 116,000 deaths each year. The typhoid problem is exacerbated by antibiotic resistance and poor access to clean water and improved sanitation, which is why the disease is a major poverty driver affecting our most vulnerable communities in low- and middle-income countries, especially in South Asia.

The Typbar-Typhoid Conjugate Vaccine (TCV) was recently prequalified and provides real hope for eliminating typhoid in endemic settings. However, the effectiveness of  therapeutic interventions are undermined by chronic Salmonella carriage, which is a barrier to controlling typhoid. This refers to asymptomatic carriers of Salmonella Typhi who unwittingly contaminate the food-chain and spread typhoid. The most infamous chronic carrier is Typhoid Mary. In 1906, the family of wealthy banker Charles Warren became severely ill with typhoid. Sanitation engineer George Soper identified the source of the outbreak as household cook Mary Mallon who had caused numerous deadly outbreaks and was vilified in the New York press as Typhoid Mary. Upon her death, Salmonella Typhi was isolated from her gallbladder, which is still the gold standard for diagnosing a chronic carrier. In present times, chronic carriers can be treated with antibiotics to break the infection cycle but our ability to identify and treat these individuals is made problematic by poor typhoid diagnostics. The typhoid toxin has been implicated in chronic carriage (doi: 10.1371/journal.ppat.1005528) and we hope that research like ours can fuel further studies on chronic carriage in the scientific community and help eradicate typhoid fever in endemic settings. 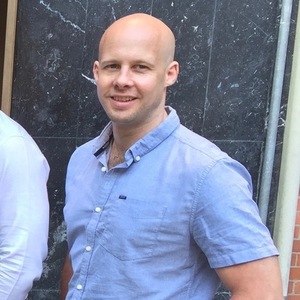