Back in my home-country of Brazil, barbecues, with a massive amount of meat, are part of our lives. These social weekend events glue our lives together. Red meat is not only one of the most appreciated foods in Brazil and worldwide, but it also contains essential dietary nutrients, including protein, iron, and vitamin B12. According to the U.N. Food and Agriculture Organization, global production and consumption of red meat have increased nearly five times over the past 50 years. In spite of its popularity and abundant nutrients, a number of studies have demonstrated an association between red meat consumption and diseases such as colon cancer and atherosclerosis. One link between these diseases and red meat consumption is a special carbohydrate found in red meat called Neu5Gc (Gc). Evolutionarily humans lost the ability to convert a similar carbohydrate Neu5Ac (Ac) to Gc but other mammals, including those present in the human diet, did not. When red meat is consumed by humans and Gc is absorbed in the gut, it can trigger an immune response leading to downstream deleterious effects. However, we hypothesized that the resident gut microbial community (microbiota) may harbor ‘microbial scissors' called sialidases that could specifically remove Gc from the meat. After being released, Gc could be harmlessly removed by the body through the urine. We endeavored to uncover, for the first time, these possibly protective Gc-specific sialidases.

Using animal models we observed that a Gc rich diet causes a profound change in the microbiota composition, favoring Bacteria from the Bacteroides genus. Through computational approaches, we were able to observe that red meat like-diets enriched for the bacterial sialidases in the microbial communities. We then isolated the new sialidases and found that some of the enzymes preferentially release Gc. However, the microbiota of animal models and humans are vastly different. So our hope was to identify that these or similar sialidases could be found in humans. Luckily, a recent study evaluated the microbiota of the Hadza, a genetically distinct indigenous ethnic group that resides in remote Tanzania. The Hadza are hunter-gatherers and change their diet periodically throughout the year according to food availability. In dry seasons, their diet is enriched in meat and tubers, whereas in wet seasons it consists largely of honey and berries. Using this data we observed, during the dry season, an enrichment of microbial sialidases similar to what we isolated from the animal models. We re-isolated the human sialidases and found that they too were Gc preferential.

Now that we have proved that these Gc-specific sialidases are found in humans we had one remaining question; can these sialidases release Gc directly from meat? We went to a local supermarket and asked for a New York Steak and breakfast pork sausage. We still have packs of meat in our lab freezers, saying "meat for bacteria, not for humans!". We tested the sialidases obtained from mice and humans and found that both were able to efficiently release Gc from meat. These exciting results expose a valuable opportunity to study how the enrichment of the sialidases could be used to reduce the risk of inflammation and ultimately colon cancer and atherosclerosis associated with red meat consumption. 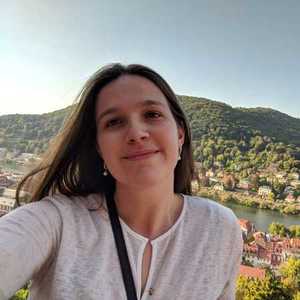