What happens when your research has something in common with your favorite Superhero? The answer is that: (1) you feel like a member of the Avengers every time you start an experiment and (2) it’s easier to explain your job to your nephews. Just as Iron Man needs his iron armor, eukaryotic and prokaryotic cells need iron for important cellular functions. In animals, iron in red blood cells is important for distributing oxygen to organs and tissues; in bacteria, iron is an important cofactor for different enzymatic reactions, such as DNA replication. Similarly, as Iron Man becomes more powerful through improvements in his iron armor suit, some bacteria become more and more virulent when the concentration of iron available for their function increases. One of the most important biological discoveries of this century is the microbiome, which refers to the community of microbiota or bacteria, fungi, and viruses that live on us and within us, sharing our body space. Iron is one of the resources that bacteria and our cells have to share. In our study we show that when you change the iron levels of a mouse, the community of bacteria living in the mouse changes too. We generated three mouse models of iron overload by: (1) dietary supplementation, (2) intravenous iron administration, and (3) chronic transfusion. All three iron interventions increased the availability of iron in the gut lumen, leading to the hypothesis that this would also affect the gut bacteria. The analysis of the gut microbiota revealed that the community of bacteria changed similarly among the three treatments. In particular, numbers of Parabacteroides and Lactobacillus genera were reduced, while Clostridia class increased, suggesting that it is the iron, and not the route of administration, that plays the primary role in the microbiota changes observed. How might this have an impact on health? The microbiota affects multiple biological functions of the host (e.g., food digestion, development of the immune system, promoting skin and epithelial health, and even influencing cognitive functions), through production and/or metabolism of small compounds, or metabolites, that regulate eukaryotic cell functions. In our cohorts of mice, iron administration affected metabolite production in feces and circulating in the host’s bloodstream. These circulating metabolites may play a role in health. We found that metabolites such as indole, which is produced by bacteria from tryptophan metabolism, and indole derivative compounds, were decreased with increasing iron levels. It has been shown that indoles have a beneficial effect on the gut mucosa, reduce Graft-Versus-Host-Disease (GVHD) pathology, and reduce mortality in mice. GVHD is one of the most severe side effect in transplanted patients with hematological malignancies or disorders. These patients are also oftentimes iron overloaded due to their blood transfusion requirements. In conclusion, the mouse models used in this study represent a good system to understand host/microbiota changes caused by clinical interventions affecting iron status. Iron availability affects the community of bacteria living within us and the metabolites they produce. This has the potential to alter the health of the host. Our paper can be found in the following link: https://www.nature.com/articles/s41522-019-0097-2 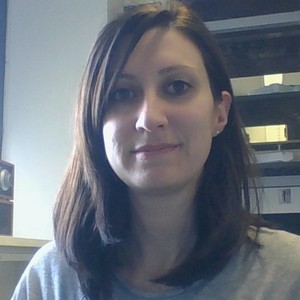