The lower female reproductive tract (LFRT) is protected from pathogen invasion by a thick epithelial barrier that is topped by a mucous layer containing antimicrobial agents. However, a window of opportunity is created for pathogens during progesterone high conditions such as the diestrus/luteal phase of the female estrous/menstrual cycles or when synthetic progesterone is administered via injectable birth controls such as Depomedroxyprogesterone acetate (DMPA). Under these conditions the vaginal epithelial integrity is compromised, thus allowing viral penetration through the mucosal barrier. High levels of progesterone during early pregnancy also promote a similar vulnerability to invading pathogens. Under these vulnerable conditions, the host must rely on the second layer of innate protection mechanism that begins by “sensing” of the pathogens via various pattern recognition receptors. The signaling that ensues downstream of this pathogen sensing results in the production of innate mediators such as type I/III interferons that bind to their respective receptors on infected and uninfected cells to provide local and distal innate immune protection against the invading pathogen. Intriguingly, we have found that under high progesterone conditions, when pathogen penetration can occur through the vaginal epithelium, the LFRT is particularly susceptible to RNA viral pathogens, such as Zika Virus (ZIKV). Once we realized Dr. Chris Miller had observed a similar phenomenon in macaques, we decided to start a collaboration to figure out what may be going on. We now show that low expression of RNA sensors in the LFRT of both mice and macaques contributes to this enhanced susceptibility, as it results in a unique dampened and delayed innate and adaptive immune response against RNA viral pathogens.

What may be a potential consequence of this susceptibility? ZIKV can inhibit type I IFN signaling in human cells, but not in mouse cells, making humans much more susceptible to systemic ZIKV infection than mice. ZIKV can also persist in the semen of infected symptomatic or asymptomatic men, thus facilitating potential sexual transmission of the virus to a female partner. Pregnant women are in general more susceptible to vaginal infections, likely due to high progesterone levels and other immune changes that occur during pregnancy. This all raises the question of whether sexual transmission of ZIKV during early pregnancy could potentially lead to adverse effects for the fetus. Using genetically modified mouse models, we showed that while viral replication was minimally affected in the LFRT when type I IFN receptor (IFNAR) signaling was diminished, protection against systemic viral dissemination after vaginal infection was completely dependent on IFNAR signaling in mice and also likely in macaques. Together, these data and the fact that ZIKV can inhibit IFNAR signaling in human cells, allows us to hypothesize that unintended sexual transmission of ZIKV during early pregnancy may lead to systemic viral infection in humans, which may have similar consequences for the fetus as a systemic infection that may occur via a mosquito bite in a pregnant woman. Thus, in addition to mosquito repellent in ZIKV-prevalent regions, it is important for pregnant women to also protect themselves from potential risk of sexual ZIKV transmission during pregnancy. 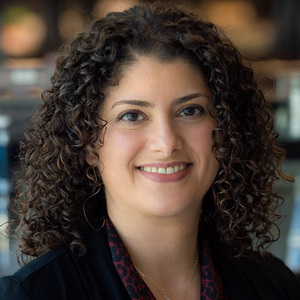