Microbiology is, compared to other clinical areas, a young discipline. It was less than 150 years ago that Robert Koch (1843 – 1910) succeeded in isolating a bacterial microorganism and grew it on culture plates. His discovery was the beginning of a paradigm shift which was combined with massive opposition of supporters of the miasma theory, an ancient explanation attempt, suggesting that diseases such as cholera are caused by polluted air. The conflict had its most dramatic peak in 1892 when Max Joseph von Pettenkofer (1818 – 1901), a German miasmasist, drank a bouillon containing live Cholera vibrio bacteria prepared by Robert Koch. He survived the self-experiment and this let him conclude the correctness of his concept. Today, we know that Robert Koch was right, but as time goes by, hardly anyone is aware that there has been a miasma theory and maybe even less know about the countless controversial discussions that had been fought between microbiologists and miasmasists.

The growing number of antibiotic resistant bacterial pathogens has led to a serious clinical problem where a further increase in the number of life-threatening infections is expected. Frighteningly, already now there is an increase in the number of untreatable infections. Thus, there is need for a new paradigm shift and a focus on other treatment options that are not only based on conventional antibiotics. One obvious target for novel antimicrobial therapy concepts is the host response. This said, many sepsis patients die because of an overwhelming immune reaction raised by the infection and therefore a better understanding of the underlying molecular mechanisms of these complications is urgently required. Recent work has shown, that the coagulation system plays a critical role in these processes and this has coined a new area of research, also referred to as immunothrombosis1. In order to employ a strategy that is based on the host response, it is important to consider the health state of each individual patient, as many clinical trials have demonstrated that the “one-treatment-fits-all” strategy often fails. Notably, this new approach is in line with the Precision Medicine concept. Our research projects comply with this approach as we try to identify so-called host effector systems that are modulated during systemic infection. Antithrombin is such a protein. It is, as implicated by its name, a coagulation inhibitor, but it has also been shown that the protein exerts anti-inflammatory activities2. Antithrombin circulates in plasma in two major glycosylated isoforms, referred to as the alpha- and beta-isoform of antithrombin, respectively. In plasma alpha-antithrombin is the predominant form (90% - 95%). alpha-antithrombin differs from the beta-isoform by an additional glycosylation site at position 1353. A small difference one might think, but the functional effects are enormous. For instance, we report in our recent study that beta-antithrombin is more avidly consumed under sepsis conditions than the alpha-isoform. Moreover, we find that beta-antithrombin is by far a better inhibitor of the coagulation system and that it is more efficient at blocking pro-inflammatory reactions than alpha-antithrombin. Our in vitro and ex vivo data further demonstrate that beta-antithrombin and, to some extent also the alpha-isoform, have antimicrobial activity. Consequently, treatment with beta-antithrombin can rescue mice that are infected with an otherwise lethal dose of Escherichia coli bacteria. Together, our data implicate that modulating the immune response constitutes a promising antimicrobial therapy approach that may become important at a time when antibiotic resistance is already a serious clinical problem.

Primed, sealed, and delivered: How protozoa package and prepare pathogens for host infection 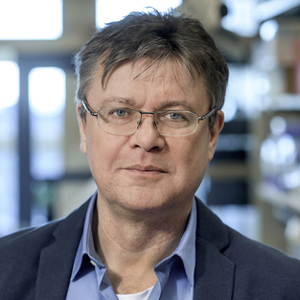