First, driven by talented PhD students and my colleague Greg Gloor, we developed and tested a number of gene-editing nucleases, including a modified CRISPR/Cas9 enzyme called TevCas9. Second, and around the same time, Bogumil Karas was recruited to our department as a new faculty member in the area of Synthetic Biology. One of Bogumil's contributions was to show that bacterial conjugative systems could be used to deliver very large plasmids (>100 kbps) to a variety of prokaryotic and eukaryotic microorganisms.

Putting the two technologies together seemed like a great idea. Why not use the conjugative plasmids to deliver the TevCas9 nuclease to microbial communities as a means to modulate species abundance? A quick PubMed search revealed that we were not the only group with the idea. At least one other study had combined CRISPR and conjugative plasmids. Crucially, they had tested their system using what we came to call the trans setup where the CRISPR nuclease and conjugation machinery were separated on different molecules. The trans setup was able to deliver CRISPR to target bacterial but at a frequency too low to be useful. This strategy appears to have been abandoned. Our idea evolved. What if the CRISPR and conjugation machinery were on the same DNA molecule? A cis setup.

Ureka! The idea worked. Thomas Hamilton and Gregory Pellegrino, PhD students in my group, showed that by combining TevCas9 and conjugative proteins on the same conjugative plasmid in a cis setup, conjugation frequencies reached 100% in culture conditions that mimicked biofilms. Our data support the idea that recipient bacteria who receive the cis-conjugative plasmids become subsequent donors for additional rounds of conjugation, leading to exponential spread of the cis plasmid through bacterial populations (Figure 1).

Why is this important? Molecular tools to modulate abundance of specific bacteria in microbiomes are becoming more relevant as antibiotic resistance becomes more prevalent. Conjugative plasmids have evolved to spread efficiently in biofilms and some can have very broad host ranges. These plasmids are well suited as molecular 'delivery trucks' with large cargo capacities. CRISPR is not the only molecular tool that can be delivered. Other types of nucleases, protein toxins, RNA-based regulatory systems, or even gene clusters to modulate metabolic capacity could all be delivered by conjugative systems. Conjugative plasmids offer a different strategy than the highly-specific phage-based systems that may be better suited to planktonic conditions where conjugation is less efficient. It could be that a combination of conjugative and phage-based systems would be appropriate. Who knows? Perhaps other concepts I learned as an undergraduate student will stimulate the next set of ideas to be tested. 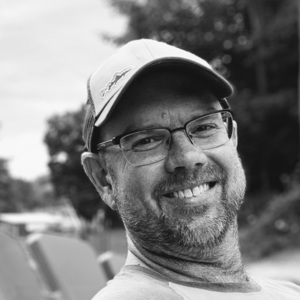