How human history and climate have shaped the genetic diversity of a parasite nematode: a tale of 223 genomes.

Our paper focuses on a parasitic nematode. It was published at Nature Communications and can be found here: https://www.nature.com/articles/s41467-019-12695-4#Ack1.

Nematodes, also known as roundworms, have evolved to exploit a wide range of ecological niches. Some are free-living in the environment but others live as parasitic organisms where they impose a significant health and economic burden on humans, agriculture and livestock worldwide. Their ability to adapt to new environments, hosts, and even to evade control measures such as regular treatments of their hosts with drugs that kill worms (called anthelmintics) lies in their underlying genetic diversity. A greater understanding of this diversity and the processes that shape it should provide insight into the mechanisms by which they adapt, and may identify new targets which may be exploited to control them.

We have focused on the parasitic nematode Haemonchus contortus, a major pathogen of wild and domesticated ruminants – such as sheep and goats – where it feeds on their blood and can cause severe anaemia and even death when the parasite burden is high. This nematode has become one of our favourite model organisms, foremost as a globally important pathogen, but also due to its experimental tractability, the availability of genetic resources, and its usefulness in drug and vaccine research. In this work, we used whole-genome sequencing of 223 individual worms sampled from five continents to characterise genome- and population-wide genetic diversity throughout H. contortus’ range. By exploiting a recently completed chromosome-scale reference genome for H. contortus, together with a large collection of worms maintained as a research resource at INRA, we were able to investigate questions regarding parasite distribution and transmission, as well as the impact of natural selection in shaping genetic diversity throughout the parasites’ genome.

First, we identified that human movement has played an important role in shaping the genetic variation in the samples analysed. This included strong genetic evidence for the “Out-of-Africa” hypothesis, as well as more contemporary human-influenced movement that included the European colonization of Australia and trans-Atlantic translocation that likely coincided with the trading of slaves from Western Africa to the Americas.

Secondly, we found distinct genetic signatures associated with exposure to anthelmintic drugs that are used as the primary means to control them. We confirmed the genetic mechanism of resistance to a key class of drugs (benzimidazoles) across phenotypically resistant populations and identified a number of previously described and new regions of the genome containing genes with functions involved in response to drugs. These data provide new opportunities to elucidate the mechanisms of drug resistance and identify putative genetic markers for monitoring resistance in the field.

Finally, comparisons of genetic variation of parasites from arid, temperate and tropical regions revealed candidate genes that may play a role in adaptation to specific climatic variables. These candidates point towards an epigenetic regulator that may allow the parasite to adapt to fluctuating conditions.

Understanding the distribution and genetic response of parasites such as H. contortus to selection pressures provides great insight into their ability to respond and adapt to both human and climatic changes, which in turn, will have implications for controlling these parasites now and into the future. 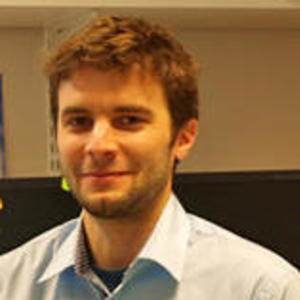