From soil to sky: Territorial expansion of Streptomyces

Soil is the fundamental element for many living creatures, and especially for plants and microbes. Plants have incredibly wide and complex interactions with microbes including mutualistic relationships upon which plants and microbiota depend to thrive in nature. The concept of the Phytobiome has been born from our recognition of the intricate relationships among plants, the environment and communities of macro- and micro-organisms living around, on, and in the plant. Relationships of microorganisms with plants are important in agricultural productivity, as well as the plant’s adaptation to environmental conditions, and even in their evolutionary strategies. The soil and rhizosphere support enormous reservoirs of microorganisms, and certain of these microbes have great impact on root health, growth, and ultimately plant survival [1]. In addition, microbes colonizing above-ground plant parts (the phyllosphere) also have profound effects on the plant’s life. However, why and how the microbiota of below ground plant parts become established aboveground is not well described.

To determine why certain soil microbes develop mutualistic interactions with plants and how they travel from the rhizosphere to phyllosphere, we used a Streptomyces-strawberry-honeybee tripartite ecosystem model. Sequencing information initially indicated that gray mold, a serious disease of fruits and flowers, occurred after Streptomyces disappeared from the phyllosphere microbial community. Genome sequencing then revealed that three Streptomyces isolates (from root, flower and honeybee body-attached pollen) were surprisingly identical, suggesting that a soil bacterium may relocate from soil to flowers and from flowers to pollinators. Using both qPCR and fluorescent marked strains, we demonstrated the Streptomyces can move from soil into the vascular system of the plant, and from flower to flower via honeybees. Once Streptomyces travels to other flowers, the bacteria can again move back into the vascular system.

In this example of mutualism, there is no free lunch. Streptomyces protects the plant against various fungal pathogens and the pollinators against lethal bacterial pathogens. Using the plant and the honeybee transportation system, Streptomyces benefits by expanding its territory, which provides new sources of high-quality nutrients and a less competitive environment as compared to the soil and rhizosphere. 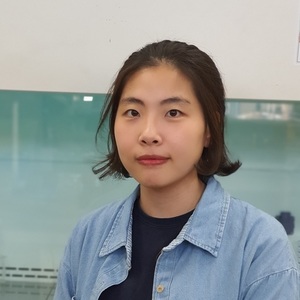