Somewhat is sure design’d, by fraud or force: trust not their presents, nor admit the horse.

Virgil in the Aeneid

In 2014, Zika virus became famous because of the damage it causes to the brain. We all saw in the news the images of babies with microcephaly, the result of a Zika-infected mosquito biting a woman during her first trimester of pregnancy. Since then, many questions have been raised to understand how Zika induces such damage. Among them stands a basic one: how does the virus reach the brain? It is not an easy question to address because the virus has to travel a long journey from the site of the mosquito bite to the brain. Zika has to cross the skin, jump into a blood vessel, move through the blood stream, and finally cross the blood-brain barrier (BBB). In addition, the virus has to face the immune system throughout this journey. What makes Zika such a good traveler?

At the Institut de Recherche en Infectiologie de Montpellier (IRIM) in France, we tackled this very exciting issue. We discovered that Zika is using a very old and classic trick in its journey: a Trojan Horse (Ayala-Nunez et al., 2019). In this case, Troy is the brain, the Wall is the blood-brain barrier, the Greeks are the virus, and the Horse is a group of monocytes. In other words, Zika hides inside monocytes to cross the BBB and be able to reach the brain.

The first indication of this finding came from the analysis of brain slices from a human fetus diagnosed with Zika and microcephaly. We clearly observed the presence of infected myeloid cells surrounding the vasculature. However, the endothelial cells from the blood vessels showed no sign of infection. Does this finding indicate that the virus could have crossed the endothelium using myeloid cells as carriers? Which cells? Back then we put our money on monocytes because they were already reported to be quite permissive for Zika infection in patients.

And that is how our journey started. Our first obvious experiment was to check if we could actually infect monocytes in the lab. After we saw that beautiful positive population in the dot plot, we knew we were hooked. Then the story started to grow like a snow ball. Let’s work with an in vitro model of the BBB, let’s do some microscopy, let’s try zebrafish, mouse cerebellum slices, mini-brains (organoids)! Two years and thousands of coffees later, we are able to say that monocytes are suitable carriers for Zika dissemination to the CNS.

How does Zika do it? The virus manipulates the monocyte adhesive properties by inducing a higher expression of adhesion molecules (it makes them stickier), higher abilities to attach onto the vessel wall, and transmigrate across endothelia. For example, the virus induces an increase in the expression of different integrins on the membrane of monocytes, which would explain why the cells attach and spread more on the vessel.

After crossing the BBB, the infected monocyte disseminates the infection to neural cells, inducing damage of the tissue. Interestingly, when the infection of neural cells is mediated by monocytes (cell-associated virus), it is more efficient than when it is done by the virus alone (cell-free virus).

There are still many questions to explore regarding the Trojan horse strategy, especially because Zika is not the only smartass pathogen that kidnaps immune cells to be able to find its way in the body of the host. There are multiple reports of other microorganisms, like HIV, Toxoplasma gondii (protozoan), Mycobacterium tuberculosis (bacteria), and Cryptococcus neoformans (fungi), that illustrate the advantages of using Trojan horses to breach a wall. This diversity of pathogens indicates that the Trojan horse strategy is a thing, it is relevant… and we have to learn more from it to be able to stop it.

PS. Want to know if your pathogen is also using Trojan horses? Stay tuned! We will discuss it in the following posts. 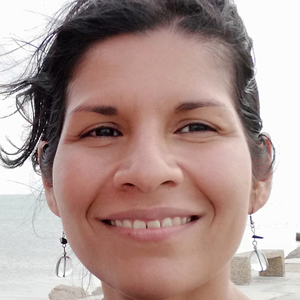