Success stories behind a paper usually go like this: you submit the paper, it goes through one round of major revision, possibly followed by some more minor revision, and then it is accepted for publication. This was not such a paper. It went through a staggering four rounds of major revisions, which pushed us way beyond our comfort zone and within sight of tipping over the edge. Although rather nail-bitingly unnerving at the time, with hindsight we can say it was a unique experience.

So, what was the paper about?

The nuclear envelope safeguards the cellular genome. But viruses have evolved cunning strategies to breach this barrier. HIV for instance enters via nuclear pores- but just how this is achieved is unclear. We tested human proteins known to regulate the passage of proteins through nuclear pores for their ability to help HIV reach the nucleus. The strongest hit was a cellular factor called Transportin. When we removed Transportin using RNA interference in target cells, HIV infection and nuclear import were strongly reduced. We then mapped this effect to the viral capsid and showed that Transportin accelerated uncoating.

The reviewing process felt a bit like debating your results with senior peers at the local pub- arguing over terminology, unpacking the flaws, defending the work. But, in the midst of our discussion, two major changes occurred. First, we performed surface plasmon resonance to demonstrate that purified Transportin bound to HIV-1 capsid nanotubes to derive binding affinities and test mutants. Second, we used atomic force microscopy to look at the effect of binding on capsid integrity. This was the true 'aha moment' of the paper. Here were capsid nanotubes sitting on a mica surface; we added Transportin and before our eyes we saw capsids moving, bending, breaking, disappearing.

Thanks to our reviewers, we were able to convincingly demonstrate that Transportin binds to HIV-1 capsid with high affinity and triggers its unravelling, which allows the viral genome to pass through into the nucleus. It engages an exposed loop of capsid and specifically recognises a signal sequence that tells the cell this protein is clear to enter the nucleus. Blocking this interaction would stop HIV before it reaches the nucleus and open new therapeutic avenues for HIV.

So, we raise our glasses in gratitude to all the great reviewers out there who make the 'diamond-in-the-rough' papers shine brighter. 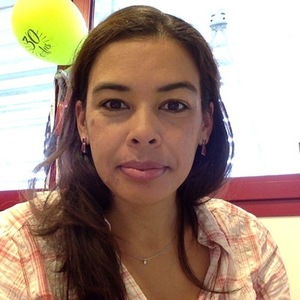 Ruth Milne
over 1 year ago

Congratulations on the publication, and thanks for sharing your experience on the community. During my research day, I used HIV as a viral vector and I remember (sometimes) being more fascinated by the biology of HIV than my actual experiments (which were nothing to do with HIV). I enjoyed reading this, thanks!

Nathalie Jane Arhel
over 1 year ago

thanks for the encouraging feedback!