Elucidation of a sialic acid metabolism pathway in mucus-foraging Ruminococcus gnavus unravels mechanisms of bacterial adaptation to the gut. (https://www.nature.com/articles/s41564-019-0590-7)

In order to survive we need food, and access to a sustainable nutrition is a challenge we all face. Our gut microbes face the same challenge, and host-derived mucin glycans provide an excellent sustainable nutrient source. This is because the glycan chains decorating mucins are comprised of sugar monomers that can be metabolised. Competition for these desirable glycans is fierce and access is restricted to those that are best adapted to the mucus niche. To release these sugars, bacteria express glycoside hydrolases (GHs) that break up glyosidic bonds in mucins.  Once released, the sugars can be imported into bacterial cells and metabolised. However, certain bacteria are less equipped to work for their food and will scavenge the nutrients released by other microbes.

Sialic acid (Neu5Ac) is a sugar that terminates mucin glycans and as such is a heavily sought-after nutrient source, with many bacteria producing sialidases to release it from mucin glycans. This sugar becomes ‘free-food’ to bacteria species that can scavenge it from the mucosal environment and use it for their own consumption. This is particularly true of enteric pathogens such as Clostridium difficile and Salmonella Typhimurium 1.

Ruminococcus gnavus is an important human gut symbiont in health and disease which is associated with the mucus layer. In our recent publication (https://www.nature.com/articles/s41564-019-0590-7), we describe the metabolic pathway R. gnavus utilises to give itself an exclusive right to the sialic acid it releases from mucin glycans. We previously showed that R. gnavus encodes an unusual GH called intramolecular trans-sialidase (IT-sialidase), which in releasing sialic acid chemically modifies it to 2,7-anhydro-Neu5Ac 2,3. Unlike Neu5Ac, the ability to metabolise 2,7-anhydro-Neu5Ac is predicted by bioinformatics analysis to be limited to very few species, those that are closely related to R. gnavus in the gastrointestinal tract and Streptococcus pneumoniae in the respiratory tract. We think that by modifying the sialic acid, R. gnavus makes sure it always keeps a slice of the pie for itself.

In this work, we identified a transporter in R. gnavus that specifically recognises 2,7-anhydro-Neu5Ac, the first such characterised ligand specificity. We then showed that the enzyme RgNanOx found in the same gene cluster as the IT-sialidase and the transporter can convert that 2,7-anhydro-Neu5Ac back to Neu5Ac where it can enter the canonical pathway for Neu5Ac metabolism.

Having successfully developed a strategy to genetically manipulate R. gnavus (after nearly 10 years of failed attempts in the Lab!), we showed that the 2,7-anhydro-Neu5Ac gene cluster is a critical component to R. gnavus spatial adaptation in the gut. In an in vivo colonisation competition experiment in gnotobiotic mice, a R. gnavus mutant lacking the functional cluster was outcompeted by the wild-type strain and after a few days could no longer be detected. We believe that this adaptation strategy contributes to the prevalence of R. gnavus in the human gut microbiome 4.

R. gnavus has been associated with numerous diseases, most prominently inflammatory bowel disease (IBD) although establishing causation is challenging.  A recent study identified a complex glucorhamnan polysaccharide of R. gnavus as being inflammatory in vitro using murine dendritic cells5, while, in another study, increasing R. gnavus in vivo was shown to decrease the severity of inflammation in mouse models of colitis6. Our ability to genetically modify R. gnavus will help elucidate the causative role of R. gnavus in health and disease conditions. The new fundamental knowledge we have generated in this work can now be applied to develop strain-specific biomarkers of diseases such as IBD or for the development of next-generation prebiotics targeting R. gnavus strains. 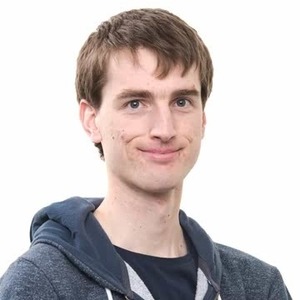