In nature, bacteria typically live in biofilms, which are bacterial communities held together by a self-produced matrix. Biofilms are thought to confer protection from different stresses that bacteria usually encounter, e.g. by dramatically increasing antibiotic tolerance, desiccation tolerance, and shear stress tolerance. The stress caused by antibiotics is of course of special interest for human health, particularly in the context of the global antibiotic resistance crisis1.

The stress response of the biofilm community could either be the sum of the individual stress responses, or it could be an emergent response that only occurs within multicellular communities. To investigate whether biofilms respond to antibiotic stress only at the single-cell level, or whether there is also a response at the multi-cell level, we used a custom-built microscope and new image analysis methods we developed recently for Vibrio cholerae biofilms

We discovered striking architectural modifications of biofilms when we exposed them to translational inhibitors, such as tetracycline, which is a drug that is commonly used to treat Vibrio infections. In particular, we found two major phenotypes: (i) the cell volume increased substantially, and (ii) the biofilm cell density strongly decreased during treatment with tetracycline. To understand which of these processes occurs due to individual-cell level process or at the multicellular level, we wanted to understand the detailed mechanisms underlying these architectural modifications.

Using metabolomics, we determined that tetracycline-treated cells remained metabolically active and that this continued activity was the cause of the cell volume expansion. Interestingly, this single-cell level process occurred irrespective of whether the cells were inside or outside biofilm communities.

In contrast, the other major phenotype (the decreased biofilm cell density) required the multicellular context of biofilms. By using mutants, we found that this phenotype required the presence of a key matrix protein: RbmA. Using immunofluorescence and in silico simulations, we also showed that antibiotic-treated cells detach from the RbmA matrix by the combined action of the increased cell volume and a putative polysaccharide lyase, which released mechanical compression of the biofilm. Together, these mechanisms lead to the creation of gaps between the cells and matrix, and ultimately a decrease in cell density.

We then discovered that these gaps between the matrix and the cells have remarkable effects on the ecology of biofilms. We observed that they can be used by invading bacteria and bacteriophages to colonize and invade antibiotic-exposed biofilms.

In summary, we showed that V. cholerae biofilms display architectural modifications when exposed to translational inhibitors. These changes are the product of responses at the single cell-level, and also at the community level. The antibiotic-induced architectural breakdown made biofilms prone to invasion and colonization by other bacteria and bacteriophages. We believe that these findings help to understand the ecological succession of biofilms following antibiotic exposure, which could potentially have implications for microbiota succession. 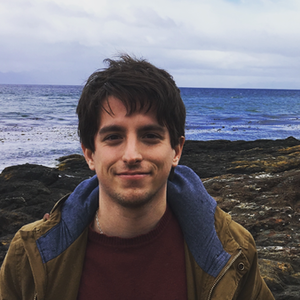